Embattled Sears Chairman Edward Lampert bids $4.6 billion to rescue iconic retailer from bankruptcy that would save 500 stores and 50,000 jobs, as creditors call for it to close for good

Sears Holdings Corp Chairman Eddie Lampert’s ESL Investments Inc has made an offer valued at $4.6 billion to buy the bankrupt U.S. retailer, one of the only options that would prevent the department store chain from shutting its doors for good.

Lampert’s offer calls for about 500 Sears stores to remain open and would keep 50,000 of the retailer’s workers employed, according to a letter from his hedge fund filed with the Securities and Exchange Commission on Thursday.

The 125-year-old company faces a series of deadlines this month to find a buyer that would keep it in business as some of its creditors call for it to shut down, claiming they would be repaid more through going-out-of-business sales.

ESL Investment Inc’s $4.6 billion offer would attempt to keep about 500 Sears stores open and 50,000 of the retailer’s workers employer

Preliminary indications of interest for Sears assets were due Wednesday, according to court papers.

Many retailers that have filed for bankruptcy in recent years, including toy seller Toys R Us Inc and department store Bon-Ton Stores Inc, have liquidated after no viable offers to keep the companies open were made.

ESL’s takeover bid features financing from a variety of sources and a complicated structure not uncommon in bankruptcy auctions. For starters, the hedge fund proposes to raise up to $1.7 billion in cash through a series of maneuvers that include Sears seeking a new loan backed by collateral and issuing new notes.

The hedge fund, the retailer’s largest shareholder and creditor, would also forgive $1.8 billion Sears owes it in exchange for the company’s assets, a bankruptcy maneuver known as credit bidding. Finally, ESL would assume $1.1 billion in existing Sears liabilities, such as gift cards the department-store chain issued. 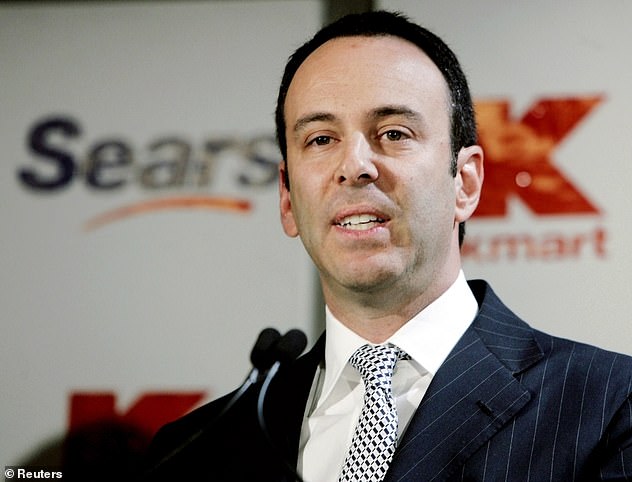 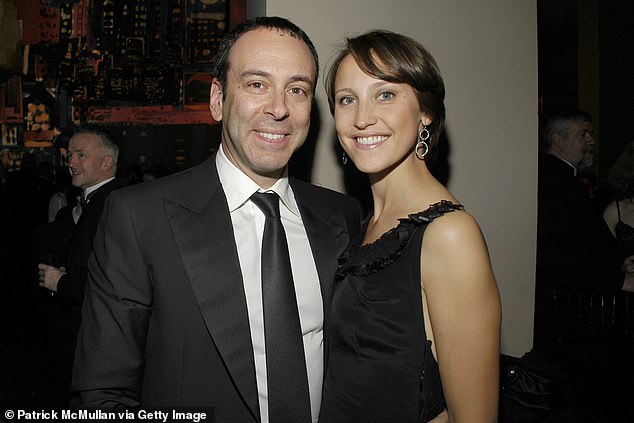 Eddie Lampert (left), seen here with wife Kinga Lampert, may be offering one of the only options to keep the department store chain from closing for good

The retailer is attracting interest from outsiders, and Sears’ attorneys have said they will analyze bids to maximize value. Retailer Ace Hardware Corp and investment firm Centerbridge Partners LP were together eyeing an offer for Sears’ home services division, Reuters reported this week.

Firms that specialize in going-out-of-business sales, so-called liquidators, were also expected to make preliminary offers to shut Sears down, according to sources familiar with the matter.

Sears clinched a $350 million loan from creditor Cyrus Capital Partners LP in November to help it stay in business through the holidays.