Melbourne Storm boss reveals the off season of shame cost the club $500,000 in sponsorship as he backs the NRL’s controversial decision to stand down accused rapist Jack de Belin

The NRL’s off season of shame has driven sponsors away from the game, costing one team more than $500,000, the Federal Court heard today.

Melbourne Storm’s chairman Bart Campbell defended the NRL’s implementation of the no-fault stand down rules, which are being challenged by St George Illawarra’s Jack de Belin.

He told the court both sponsors and fans had walked away from the game after an off season marred by sexual assault scandals, domestic violence allegations, drug abuse and leaked sex tapes.

The case before Justice Melissa Perry will conclude on Thursday afternoon, with a judgment expected by next week.

De Belin has been charged with aggravated sexual assault of a 19-year-old woman. He has pleaded not guilty

Mr Campbell was outspoken in his support of the hardline policy, which was introduced in March.

The rules allow the game to stand down any player who has been charged with a serious crime which carries a jail term of 11 years or more.

De Belin has been charged with aggravated sexual assault of a 19-year-old woman. He has pleaded not guilty.

Mr Campbell said after major Storm partner Crown Resorts last year announced they were retreating from the sponsorship market and ending their seven-figure deal, his club had struggled to find a replacement.

De Belin’s barrister Martin Einfeld argued his client – who was charged in December – and the game’s tumultuous off-season had no effect on the Storm’s ability to attract a sponsor and they were already struggling in the market.

However Mr Campbell said their sponsorship negotiations weren’t expected to wrap up until late 2018 or early 2019.

He said the club had negotiated with 15 to 20 companies, all of which fell through. 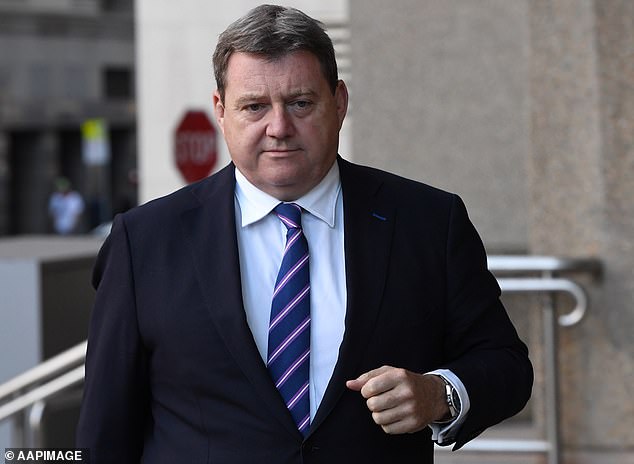 He said that early in the new year he was told by corporations that they didn’t want to be associated with the game.

‘We had four companies tell us the risk of being associated with the NRL was too great,’ Mr Campbell said.

He said the club was faced with taking $500,000 below market value for their front of jersey sponsorship.

The club eventually in March signed real estate company Purple Bricks to a one-year deal to be their major sponsor. 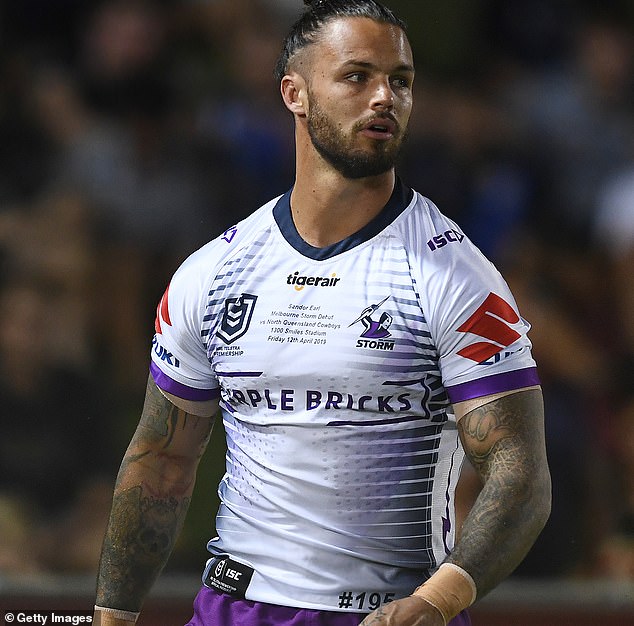 Mr Campbell said outside court his defence of the rule had less to do with De Belin’s case in particular and more to do with salvaging the game’s reputation.

‘I’ve got no issues with Jack per se, but I want the game to be able to make choices about how it can protect its value going forward.’

NRL CEO Todd Greenberg previously commented on the impact the summer from hell would have on the game, saying he doubted the number of women playing or watching Rugby League would grow in the 2019 season.

Mr Greenberg said he gave de Belin the opportunity to voluntarily step away from the sport while he was being investigated, but he refused.

The next day, he , along with Manly’s Dylan Walker and Penrith’s Tyrone May were all forbidden from playing during their trials under Mr Greenberg’s no-fault stand down policy.

De Belin’s legal team is arguing the decision will ruin his career and leave him unemployable for the future.