A police force was left more red-faced than Anthony Joshua’s opponent after one of its Twitter accounts inadvertently shared an link to pornography and an illegal stream of Saturday’s fight. 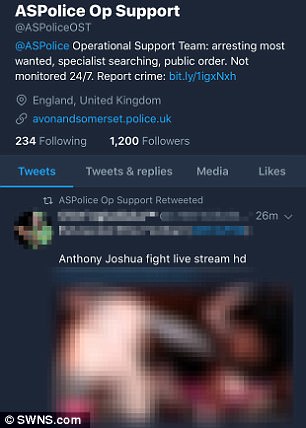 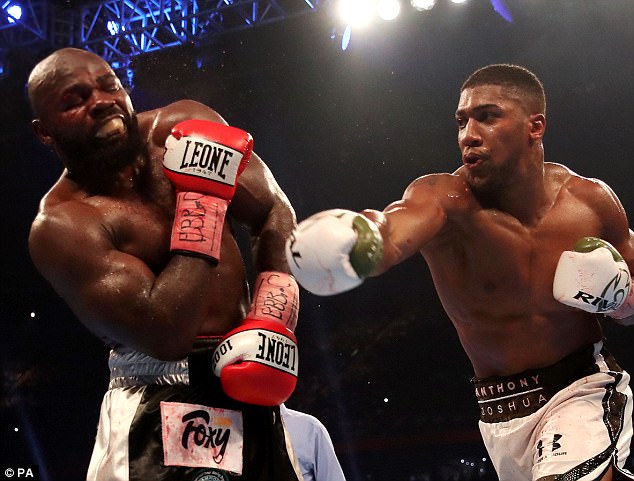 A spokesman has apologised for the ‘human error’ and is taking precautions to ensure it isn’t repeated.

The offending tweet appeared during the undercard fights of the event were taking place in front of a capacity 80,000 crowd at the Principality Stadium, in Cardiff.

Sky Sports customers were charged £19.95 to watch the fight, which saw Joshua win in the tenth round after Takam was controversially stopped by the referee.

But thousands of fans up and down the country went online to dodge the pay-per-view fee.

Clamping down on illegal streams is one of the highest priority cyber issues for UK police forces, but the account managed to hand punters a link on a plate. 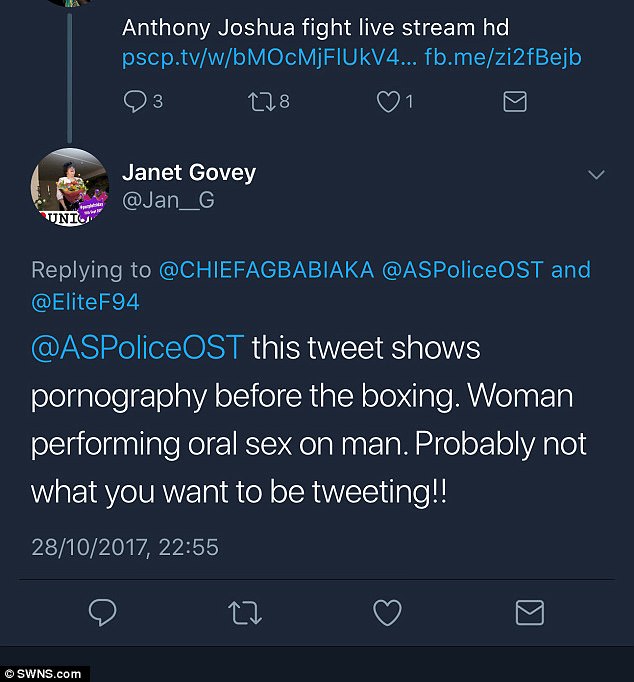 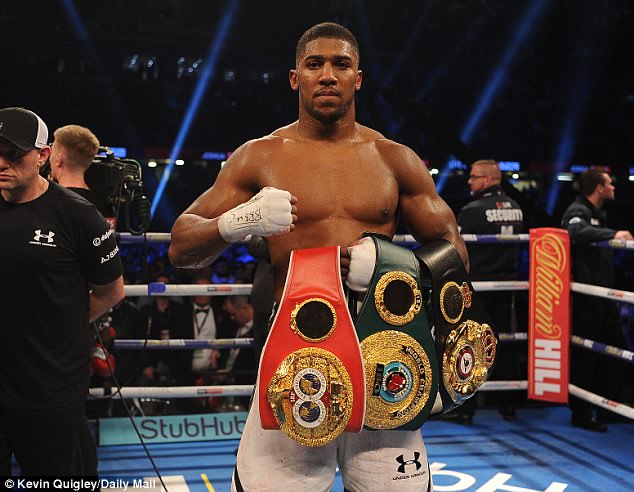 A force spokesman said: ‘We are aware that last night a spam link, containing inappropriate content, was accidentally retweeted on one of our official A&S Police Twitter accounts.

‘Unfortunately, this was due to human error and the account user was unaware that it had happened.

‘The post containing the offending link was removed within an hour, as soon as we became aware of the matter.

‘We would like to thank those who brought it to our attention and we apologise for any offence that may have been caused through the sharing of this content.’