Student, 23, is shot in the head by a stray bullet in Amsterdam

A student has survived being shot in the head in Amsterdam when a stray bullet smashed through the window of her eighth-floor flat.

The 23-year-old woman had been watching Netflix on her laptop while sitting on her bed when she suddenly felt a sharp pain in the side of her head.

She thought she had been struck by a falling bedside lamp but found she was bleeding before one of her flatmates spotted a bullet hole in the window and curtain of her eighth-floor room in Amsterdam.

The student was rushed to hospital in a state of shock, but had no lasting injuries as the bullet had only grazed the side of her head.

The bullet hole in the window of the student flat, where a 23-year-old woman was hit in the head by a stray gunshot while she sat watching Netflix on her laptop 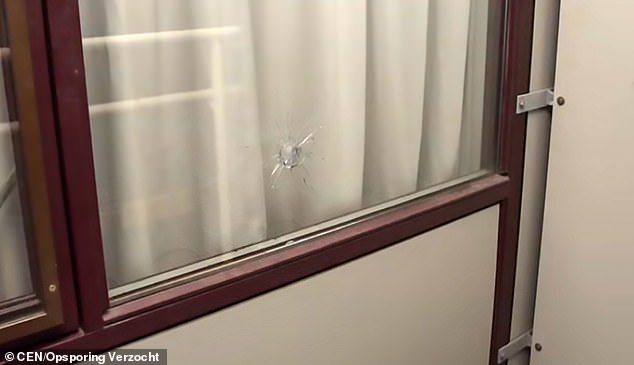 The bullet, believed to have been fired from more than 300 yards away, made a hole in the window (pictured) and the curtain of the eighth-floor student flat

However the woman, an international student, was said to be so disturbed by the incident that she dropped her studies and returned to her home country.

Her name and nationality have not been revealed.

Police believe she was hit by a stray bullet which officers have determined was fired from more than 300 yards away.

Just an inch of difference in the shot’s trajectory or her position in bed could have killed her, investigators said.

A police spokeswoman said: ‘She felt something against her head and first thought it was a lamp falling down.

‘But some time later blood was dripping down her face.

‘If she had sat down just slightly different, it could have ended completely differently.’

She added that the distance involved meant that the student was almost certainly not the target of the shot and had just been unlucky.

‘Most likely the shots were fired from the street or a car. You have to be able to aim very well if you want to hit someone on purpose at such an height,’ she said. 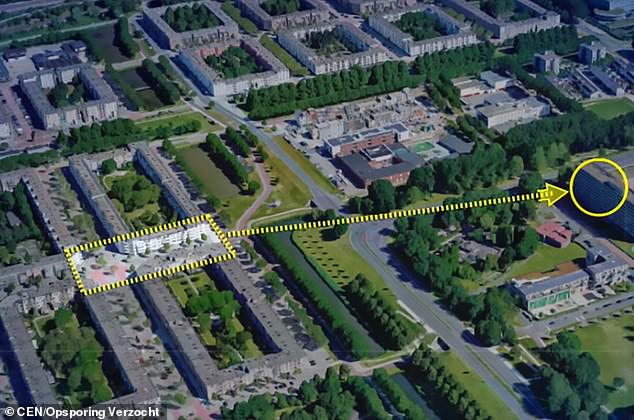 A diagram of the area in Amsterdam where the freak accident occurred. Investigators believe the shot was fired from the area circled in yellow, a distance of more than 300 yards away 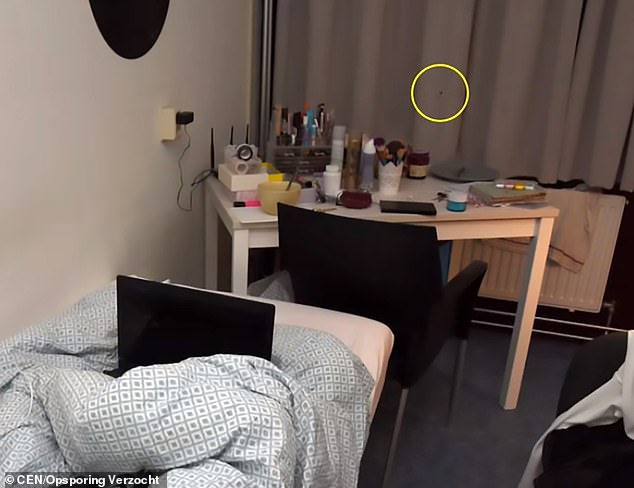 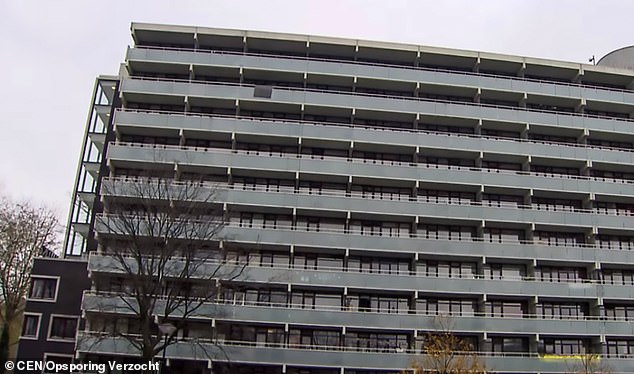 The foreign student lived on the eighth floor of this Amsterdam flat. She was said to be so disturbed by the incident that she dropped her studies and returned to her home country