The Texas man accused of stealing a teen’s ‘Make America Great Again’ hat and then tossing a drink in the boy’s face during a July incident at a Whataburger restaurant has been indicted by a grand jury.

Kino Jimenez, 30, was charged with theft of a person, KHOU 11 reports. If convicted, he could serve time in state jail. His arraignment is scheduled for Friday.

Jimenez was arrested at his San Antonio home on July 6, three days after he was seen in a now-viral video criticizing 16-year-old Hunter Richard for supporting president Donald Trump.

Jimenez is seen in the video holding Richard’s red ‘MAGA’ hat as he picks up a soda and throws it on the teen. 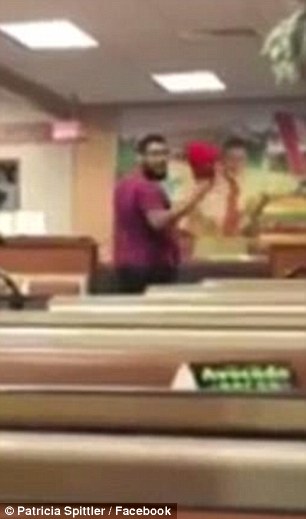 Kino Jimenez, 30, was indicted by a grand jury on theft with a person after he seen in a video stealing a teen’s hat and throwing soda on him 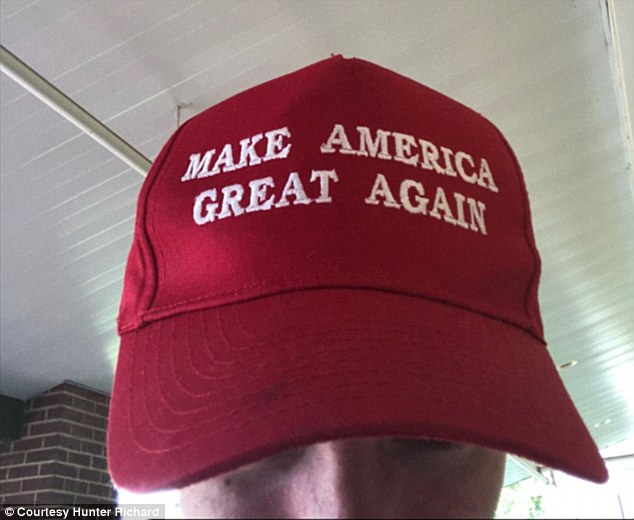 Richard Hunter, 16, was at Whataburger in San Antonio with a friend when he said Jimenez snatched his Make America Great Again hat 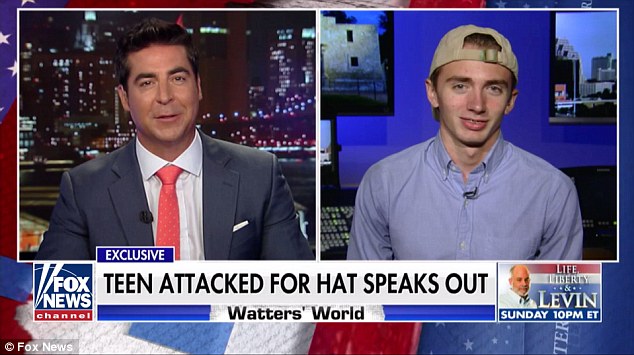 Richard told Fox News that he was at the fast-food restaurant with his friend and they did nothing to provoke the attack.

‘I believe the conversation was about Pokemon because we saw some funny thing on Twitter,’ Richard told the outlet. Jimenez, pictured in a mugshot, was arrested at his home on July 6

He said he felt ‘shocked’ and ‘threatened’ when Jimenez snatched his hat off his head and threw the drink in his face.

‘A 30-year-old guy, an adult, knows that he can pick on a bunch of teenagers so he thought, “Oh, this is going to be funny,”‘ Richard said. ‘This isn’t acceptable. The whole reason that I’m doing this is that no person should think this is acceptable, and that they can get away with it.’

He added: ‘But I do say, though, that people make mistakes so I’m not really holding it against this guy. He made a mistake.’

One man who claims he was at the restaurant when the incident happened painted a different story saying that Richard was not completely innocent.

The witness said moments before the attack Richard and his friend were allegedly making racist comments about hanging black people and deporting them to Africa.

The man, who told KENS he wanted to remain anonymous because he was receiving death threats for talking about what happened at the restaurant, said he and his wife left right before Richard was attacked. In the video, Jimenez is heard criticizing the teen for supporting Trump, saying: ‘F*** the president. You ain’t supporting s***’ 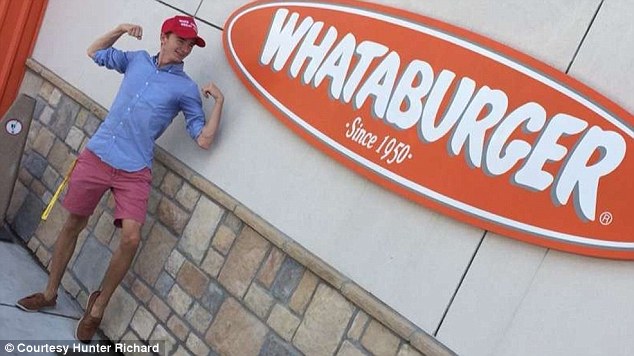 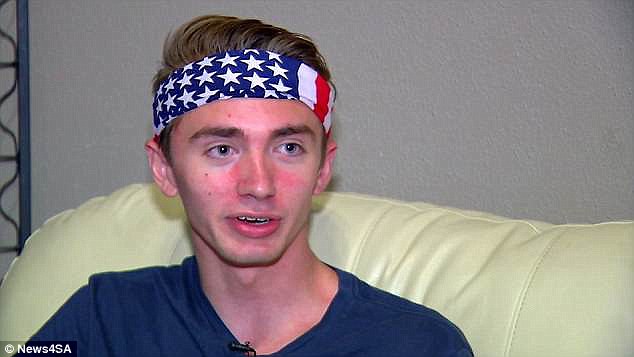 ‘They were talking about for the Fourth of July hanging black people from trees, that that would be the perfect party,’ the witness claimed. ‘Hopefully, with Donald Trump within the next few years, we can celebrate a white country, a real country without blacks. Maybe we can deport them to Africa.’

The witness further said that Richard and his friend were talking about the movie The Purge, in which murder is made legal for a 12-hour period once a year. The teens allegedly said they wanted a purge to be implemented in real life – but only against black people and Latinos.

‘They said they wanted it to be legal for white people to kill any other race for the Fourth of July,’ he said, adding that other people heard the comments and asked the teens to stop.

The witness said he and his family ended their dinner early because of the remarks and before anything could get out of hand, but didn’t think a ‘older man would address kids’.

Richard’s video caught the attention of Donald Trump Jr who tweeted that the the attack was ‘disgusting’ and a ‘disgrace’.

‘No one should feel unsafe supporting their President or MAGA agenda. Imagine if someone did this to an Obama supporter,’ he posted, adding that he wanted the teen’s information so he could send him a new MAGA hat signed by the president.