Kathryn Fiore Tigerman, a MADtv alum who retired from acting after suffering complete organ failure following the birth of her daughter Alice in 2013, told the newspaper that she first met Callen in 1994 in New York City, where her father, Bill Fiore, was working as an actor and helped Callen land a theater gig.

That spring, Tigerman got a role in a TV pilot, and she said Callen invited her out to a celebratory dinner.

She recalled that Callen allegedly made a comment that she should take off her bra, which she laughed off.

Later at dinner, Tigerman said she ordered a glass of wine and went to the bathroom. By the end of the meal, she had drunk only half of the wine but felt ill and disoriented.

Tigerman, pictured with her husband, Gabriel, walked away from acting suffering complications during the delivery of her daughter in 2013

Despite her state, she said she agreed to go to the movies with Callen. On the way to the theater, they stopped off at his home so that he could look up the show times in a newspaper. Tigerman and Callen ended up on the couch, and she said he began kissing her.

As the evening progressed, Tigerman claimed that Callen complimented her, saying she looked as ‘hot’ as a Playboy Playmate, then led her into the bedroom and pushed her onto the mattress.

Tigerman said she repeatedly said ‘no’ and, inspired by a TV crime show she had recently seen, attempted to humanize herself to Callen by repeatedly saying her name.

Tigerman said she felt she could not escape from under Callen, so she stopped pleading and mentally ‘checked out’ until the sexual act was over.

She claimed that seeing that she was upset and crying, Callen tried to calm her down and said he was not a ‘big bad rapist.’

In his statement denying the allegations, Callen insisted that both he and Tigerman agreed to have sex, that he stopped when she told him she did not want it to be a ‘one night stand,’ that they later had a friendly phone conversation, and that her rape claim was ‘demonstrably false.’

Tigerman said over the years, she has told multiple people in her life about the alleged rape, beginning with her then-boyfriend and her close friend immediately after the incident. She later opened up about the encounter to other friends and her future husband, Gabriel Tigerman.

She said she did not go to the police or submit to a rape kit test because it seemed too invasive, and she also did not want her father to find out for fear that he would physically attack Callen and get arrested. 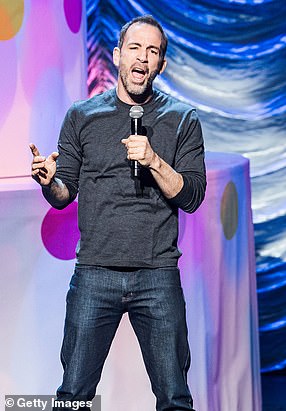 Callen, who is said to be in the middle of a divorce, has vehemently denied any wrongdoing in response to the sexual abuse allegations

Tigerman and Callen’s paths crossed again years later, when she auditioned to play his wife on a TV show, but she did not get the part.

In 2009, Callen was shopping at an American Apparel store in Pittsburgh when an employee named Rachel Green, who was helping him pick out clothes to try on, caught his eye.

He returned the following day to try on more clothes, and allegedly accosted Green.

‘He ran out of the fitting room to grab something, so I went in to get the clothes he’d already tried on,’ she told The Times. ‘And then he comes in, pushes me against the wall, closes the curtains and starts kissing my neck as he asks me if I’m going to get in trouble.’

Green said she pushed Callen away and told her colleagues about the incident.

A few years later, Callen, who was married at the time to Amanda Humphrey, allegedly began an extramarital affair with Claire Ganshert, a 23-year-old aspiring actress who worked at a coffee shop in New York City. She said she initially did not know he had a wife.

Ganshert said Callen offered to help with her acting career and would talk about introducing her to people in the industry. He also offered her advice on how she should conduct herself during auditions, and allegedly urged her to present herself as sexually available and funny.

She recalled that on one occasion in 2016, as she and Callen were visiting Philadelphia, he told her that women have a ‘biological, primal desire to be raped.’

They broke up later that year, and Ganshert said her affair with Callen has left her with a psychological trauma that required the help of a therapist.

Callen denied Ganshert’s allegations, accusing her of ‘mud-slinging’ to generate publicity for herself. 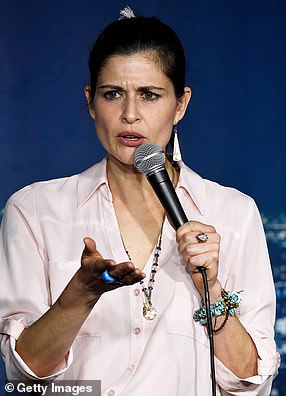 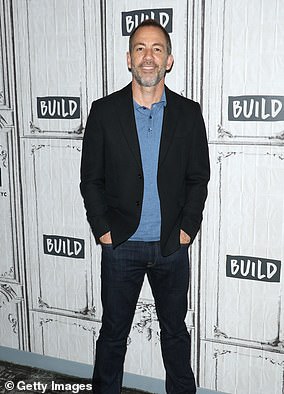 Comic Tiffany King (left) said Callen offered her stage time and money in exchange for oral sex in 2017, while she was in the middle of a divorce and a custody battle

A year after the end of Callen’s alleged relationship with Ganshert, he was riding in a car with fellow comedian Tiffany King in Pennsylvania when he allegedly asked her to perform a sex act on him.

King told The Times that she was in dire financial straits, and in the middle of an ugly divorce and custody battle at the time, when Callen suggested that she perform oral sex on him in exchange for stage time at his show and ‘some money.’

King refused Callen’s offer, which marked the end of their friendship. She later relayed the story about the alleged quid-pro-quo offer to friends, and even talked about it on stage earlier this year.

‘It was so humiliating,’ King described the alleged experience. ‘He was somebody I looked up to as a comedian who had control over something I loved.’

Callen denied ever soliciting a sexual favor in exchange for a comedy gig.