The Mary Quant exhibition at the V&A is the story of the ordinary women who were invited to join the fashion party… and boy, did we enjoy it

By Liz Jones for The Mail on Sunday

Dior at the V&A has drawn crowds and accolades, but the Mary Quant retrospective in the gallery next door is the first to make me shed tears. Even though I spent the Sixties and Seventies in Essex, this wonderfully detailed display makes me realise my formative years were entirely shaped by Quant.

Every cabinet holds a memory: of my mum taking me to choose paisley needlecord to make a Quant zipped tunic; of my older sister, who got a job in Dickins & Jones just to be near Carnaby Street.

She returned one day with a Mary Quant beret to replace the customised Brownies one I’d been forced to wear till then. 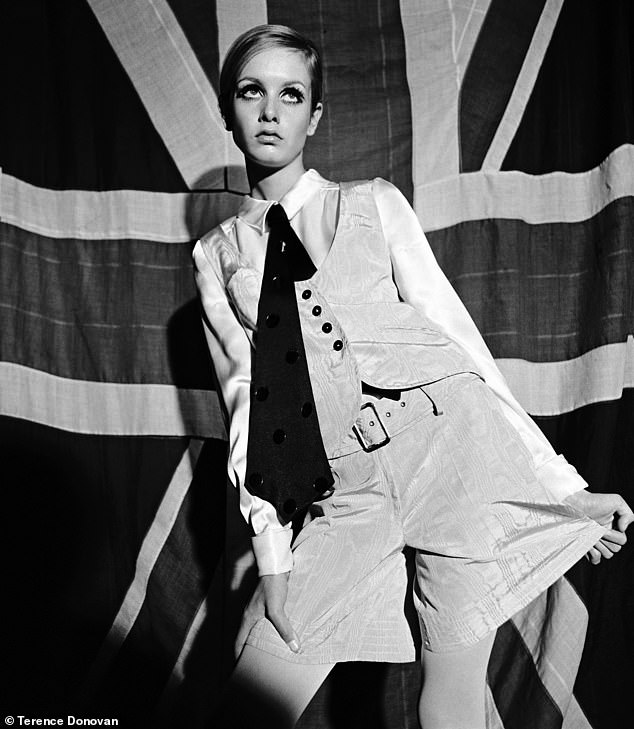 Post #MeToo, is the mini tarnished? Now, gazing at Twiggy in moire taffeta waistcoat and shorts, 1966, there is no longer the shock of the knee; it doesn’t even seem that short

Quant (now 85 and a Dame) is most famous for popularising the miniskirt, but she gave us so much more. She liberated us not only by taking women out of their mother’s clothes, but also by using Lycra and Crimplene with their welcome bit of ‘give’, sports bras (she named them ‘booby traps’), tracksuits, loungewear and tights (essential when hemlines threatened to expose suspenders).

As well as opening the first Bazaar on the King’s Road in 1955 (where a wool suit was typically 24 guineas, or £528 today), she also introduced diffusion: Ginger Group, with clothes at half the price.

Best of all, she allowed her designs to be reproduced in dress-making and knitwear patterns (you can download one from the V&A website to recreate the 1962 Georgie dress – brilliant!). 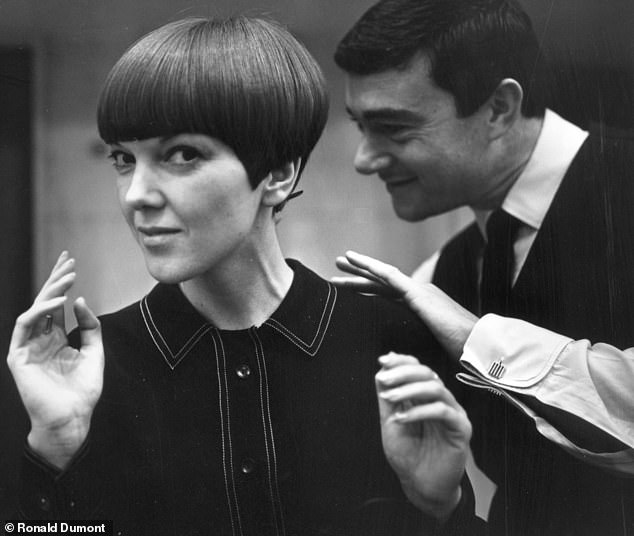 Mary Quant (now 85 and a Dame), pictured here having her hair cut by Vidal Sassoon in 1964, is most famous for popularising the miniskirt, but she gave us so much more

What else brings back memories? Hot pants: mine were brown needlecord. Pinafores. And the Wet Collection, which makes me laugh out loud at the memory of all the girls in my high school developing a crush on PVC: I saved up for a chocolate trench coat that, looking back, was more Gestapo than gamine.

Post #MeToo, is the mini tarnished? Was it freeing, or did it herald the moment when men could have sex without marriage? Now, gazing at Twiggy’s peak mini, there is no longer the shock of the knee; it doesn’t even seem that short.

Twigs doesn’t even seem that thin. Today’s expectation for us to look like dolly birds into our dotage is far more sexist than anything dreamed up by Quant. 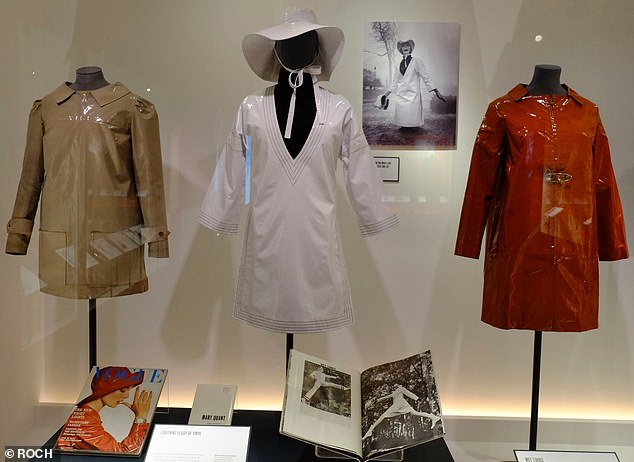 The Wet Collection 1963, which makes Liz Jones laugh out loud at the memory of all the girls in her high school developing a crush on PVC: Jones saved up for a chocolate trench coat

By the early Seventies, as feminism and the maxi took hold, hordes defected to Laura Ashley. Quant wound things down in 1975, which is where this exhibition ends.

My biggest gasp at this show? The cabinet of cosmetics with the distinctive daisy logo packaging: bulbous bottles of nail polish remind me of the day I wore ‘Moss’ to school and was told by my hockey mistress that I turned her ‘green round the gills’ for having such bad taste. 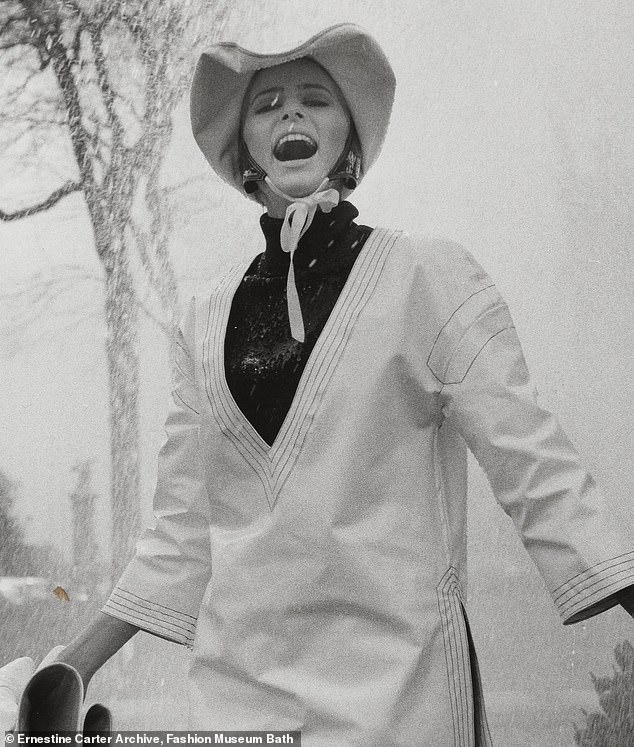 When the V&A started to put this collection together, it used social media to ask women for their Mary memories: photos, garments, stories. More than 1,000 responded, and 35 of the 120 garments on show here come from that experiment, along with a carousel of photographs and anecdotes.

Every stitch is enmeshed with the echo of weddings, honeymoons, holidays and first pay packets.

Don’t expect the story of couture as worn by movie stars and royalty. This is the story of the ordinary women who were invited to join the fashion party. And boy, did we enjoy it.