Johnson said Monday at the United Nations in a Sky News interview, ‘Whatever your objections to the old nuclear deal with Iran, it’s time now to move forward and do a new deal.’

‘I respect Boris a lot, and I’m not at all surprised that he was the first one to come out and say that,’ he said. 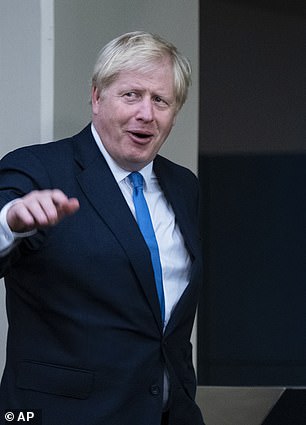 WINNER, WINNER NON-CHLORINATED CHICKEN DINNER? Donald Trump praised Boris Johnson on Monday for demanding a Iranian nuclear agreement. ‘That’s why he’s a winner. That’s why he’s a man who’s going to be successful in the UK,’ he said

Johnson said that Iran is in clear violation of the nuclear agreement now and a new deal is necessary to prevent Tehran from obtaining a lethal weapon.

‘How do we respond to what the Iranians plainly did? What the UK is doing is trying to bring people together and de-escalate tensions,’ he said.

Asked about Johnson’s comments in a meeting with the Pakistani prime minister, Trump said the UK leader is ‘very smart, very tough’ and noted that he considers him a friend.

‘The other deal was ready to expire. It was a very short number of years left. All that money paid and wasted. We didn’t have the right to inspect the appropriate sites,’ he argued.

Trump ended the United States’ participation in the Iran nuclear deal in May of 2018. He wants the Obama-era agreement replaced or renegotiated so that it explicitly punishes state sponsored terrorism and ballistic missile testing.

‘What kind of a deal is that?’ he said of the Obama-era agreement, which had sunset clauses that allow Iran to ramp up its uranium production in as few as 10 years.

He insisted, ‘We’re dealing with countries. You have to go long term.’ 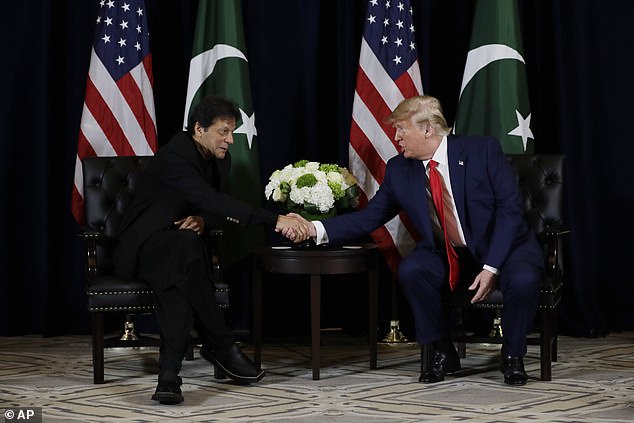 Trump said that Iran is the ‘number one state of terror in the world,’ although he claimed the threat posed by the nation has improved since he took office.

‘Iran was a real threat to the entire Middle East middle east and beyond,’ he said at his first bilateral meeting of the day.

Leaders of most nations in the world are gathering this week in New York at the United Nations for its annual general assembly.

Trump will meet with Johnson for private talks on Tuesday in what will be their second sit down since the UK prime minister took office.