Two dozen DREAMERs will attend State of the Union

Dozens of immigrants who came to the United States illegally will be in attendance next Tuesday when President Donald Trump delivers his first State of the Union speech to a joint session of Congress.

The move comes as the White House prepares to unveil its new immigration framework to Congress Monday, one that offers a pathway to citizenship for up to 1.8 million so-called ‘Dreamers’ who were illegally brought to the country as children.

At least 23 Dreamers will be in the public galleries in the House of Representatives chamber as guests of Democratic lawmakers, according to a list provided Friday by a congressional aide.

One Republican, so far, has indicated that he will follow suit.

Two dozen undocumented immigrants will attend President Trump’s State of the Union speech in Congress, at the height of negotiations over the status of hundreds of thousands of immigrants who were brought to the United States illegally as children 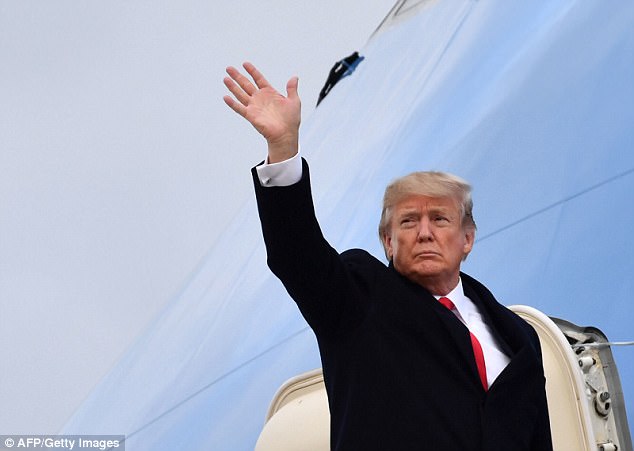 Trump, pictured leaving the World Economic Forum on Friday in Switzerland, is proposing to give 1.8 million of these young illegal immigrants a pathway to citizenship, dramatically expanding and extending Barack Obama’s DACA program

Half a dozen other immigration-related guests will also attend, including congresswoman Debbie Dingell’s guest Cindy Garcia, the wife of a father of two who was deported last week.

House Democrat Scott Peters said he was ‘honored’ to have Karen Bahena, who was brought by her parents from Mexico to California in 2001 when she was eight years old, as his guest to Trump’s speech.

Bahena, protected by the previous administration’s deferred action that is set to expire on March 5 absent a fix by Congress, graduated from San Diego State University and aspires to be a nurse. 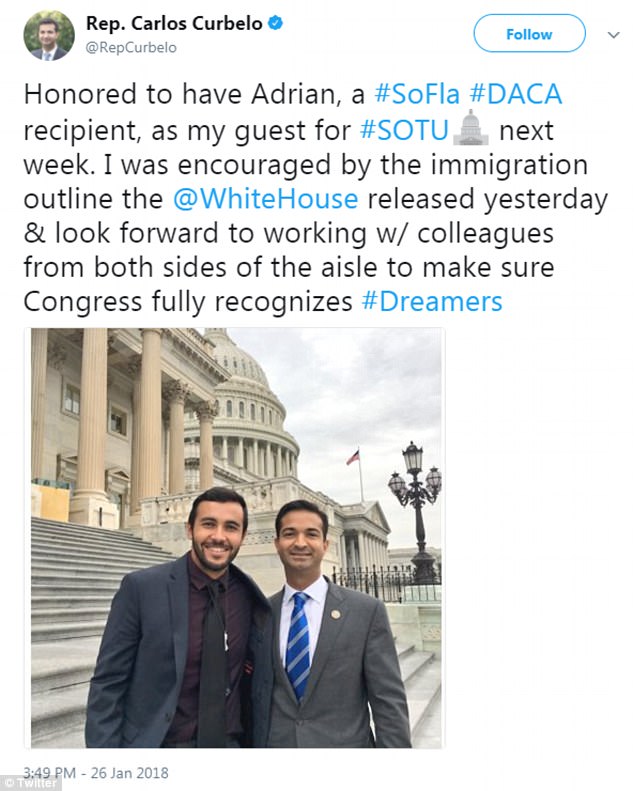 Republican Rep. Carlos Curbelo will have a DACA recipient named Adrian in the seat next to him for Tuesday’s high-profile speech

‘Outstanding contributors to society like Karen should not be forced out of our country,’ Peters said in a statement. ‘Instead, they should be embraced and celebrated for making the United States a better place.’

The ‘Me Too’ movement will also be represented at Trump’s speech.

At least 10 lawmakers are bringing sexual assault victims or women’s rights activists as their guests, according to the list, as the nation experiences a reckoning over sexual misconduct.

Some prominent Democratic lawmakers have already said they will boycott the speech. 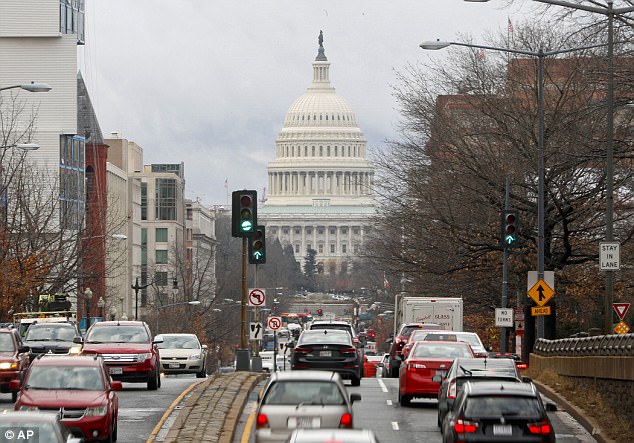 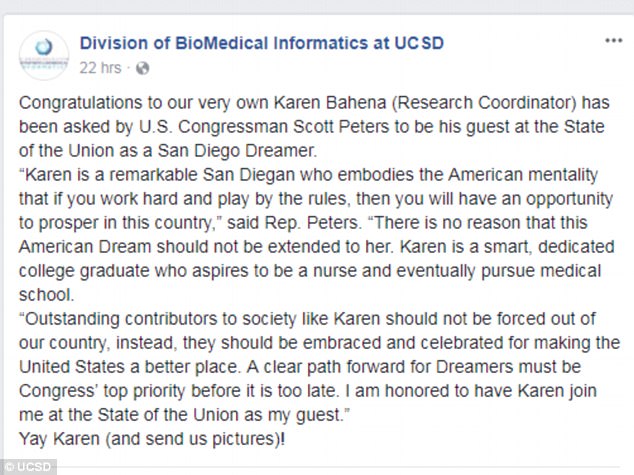 Democratic Rep. Scott Peters told San Diego ‘DREAMer’ Karen Bahena this week that she will be his State of the Union guest

Congressman John Lewis, an American civil rights icon who once marched with Martin Luther King Jr, said he will not attend the January 30 address because Trump used a vulgar slur to describe some countries during a meeting with lawmakers about a possible bipartisan immigration deal.

With the March deadline looming, US lawmakers have struggled to find a solution that passes muster with Democrats and Republicans.

‘For a permanent fix to our immigration laws, Congress needs to act,’ US Attorney General Jeff Sessions said Friday in a speech in Virginia.

‘It is time to end the lawlessness and create a system that serves the national interest.’