Denis Kudla and Francisco Cerundolo have both been rushed into quarantine at the Australian Open qualifying event in Doha after testing positive for COVID-19.

The positive COVID-19 test result reportedly came through with Kudla leading 5-3 in the second, and according to Benchetrit they had to finish the game in progress.

Because world No.114 Kudla won that game, which wrapped up the match, he was declared the winner.

If Benchetrit had won the game to extend the match, it would have been declared a walkover in his favour.

In another blow, Benchetrit may also have to isolate in Doha if he is deemed a close contact.

Cerundolo was due to face Spain’s Mario Vilella Martinez but received his positive result before taking to the court. The Argentina later tweeted he was in ‘good health’. 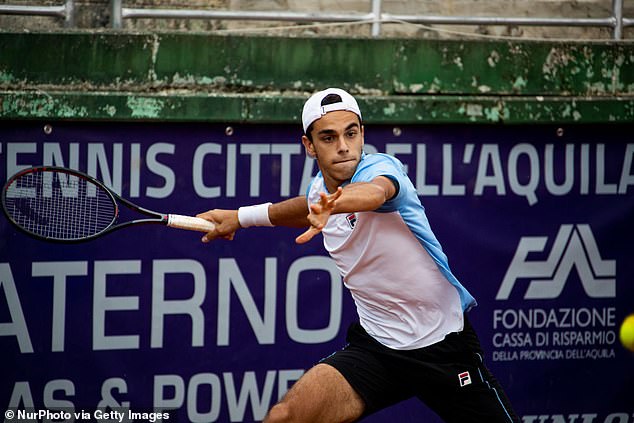 The positive test result for Kudla means teenage Queenslander Dane Sweeny, who was to face the American in his second match, advanced straight to the final round of qualifying – which is being held offshore for the first time.

‘Two players have returned a positive COVID-19 test at AO men’s qualifying in Doha, Qatar. Both players have been withdrawn from the tournament and transferred to a quarantine hotel,’ the statement said. 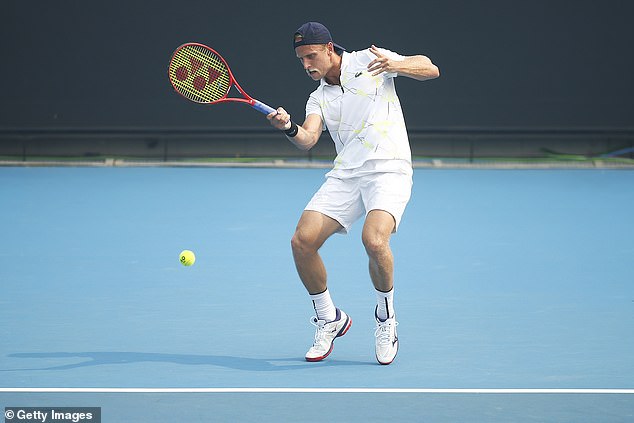 Benchetrit told the Tennis Majors website that players are bizarrely permitted to play before getting their test results, which have taken longer than expected.

‘The concept of a test is to have the information up front, to not put the linespeople, the opponent or – quite simply – everyone the person might meet before or after their match in danger,’ he said.

‘There also are lucky losers who are waiting for a forfeit to be able to play, who travelled there for nothing.

‘The draw is compromised; there will be a player in the third round of qualifications having played just one match.

‘That’s also the problem,’ he said. 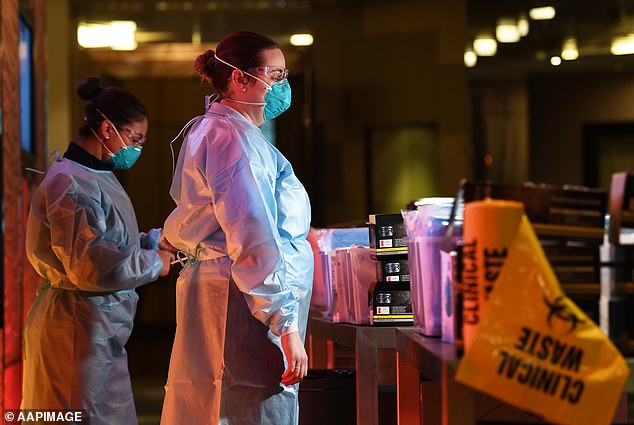 Both players have been sent into mandatory quarantine following their positive test results (pictured: Health care workers are seen at a personal protective equipment station inside of the Grand Hyatt Melbourne)

Benchetrit believes Kudla must have contracted the coronavirus in Doha, given this would have been his third test since arriving in Qatar.

The Victorian Government have implemented strict quarantine arrangements for the 1,200 players and support staff during the Australian Open.

Players will be tested for COVID-19 before travelling to Melbourne and will undertake mandatory quarantine in three designated hotels for two weeks before the tournament begins on February 8.

They will be permitted to leave their hotel rooms for up to five hours a day for training and treatment, in order to reduce the risk of injury, and will do so in a secure training bubble overseen by COVID-19 Quarantine Victoria staff. 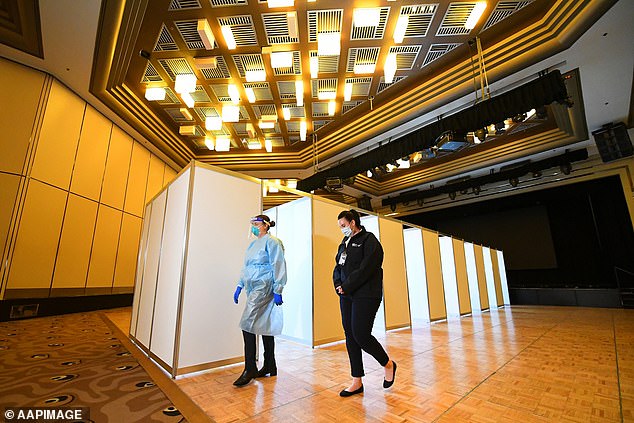 Victoria’s Police and Emergency Services Minister Lisa Neville said the quarantine program for Australia Open participants is ‘identical’ to that being run at other mandatory quarantine hotels for the general public, with the exception of tennis training provisions.

‘We are assuming that every single tennis player that arrives … has the potential to be positive,’ Neville said.

‘Our program has been designed around that potential and how we ensure that, if there is a positive case, that there is no risk to the Victorian community.

‘We have put in place the strongest and strictest rules that apply for tennis across the world.’