Vicar is caught on video ‘inhaling from a crack pipe’

A Church of England vicar has apparently been caught on video inhaling from a crack pipe and discussing prostitutes.

Mr Kirby is the vicar of West Ham Parish Church in Stratford and has held the position since 2007.

The video reportedly shows him lighting up a pipe and separately snorting powdered cocaine.

He is said to have talked about paying for a female escort, saying: ‘I wish I could. If I had money, I would. I’ve only got £10 left.’

At a service this morning, the Rev Stephen Chandler, an associate minister at the church, broke the news to the congregation.

He said: ‘By now many of you may have heard of an article which has appeared online today concerning your vicar, the Revd Stennett Kirby.

‘I am trying to support Stennett pastorally at this demanding time for him and he is very much in my prayers and Bishop Stephen’s, as are you all here at All Saints.

‘The article contains serious allegations with regard to drug taking and other matters of an ethical nature. 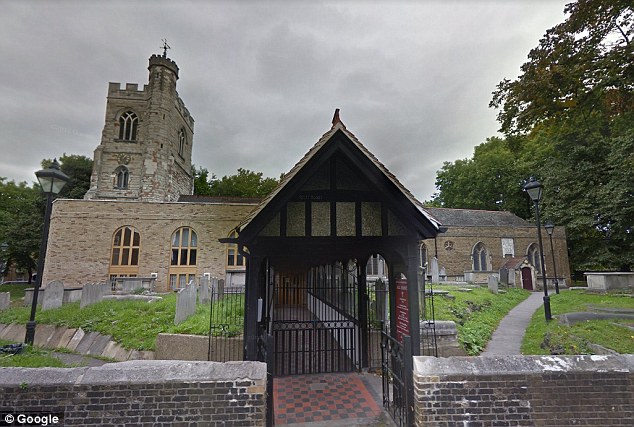 ‘These allegations will now be investigated by the archdeacon.’

Bishop of Barking, Peter Hill, added: ‘Bishop Stephen and I are most grateful to Revd Stephen Chandler for steadying the ship so ably, as he has been doing so recently.

‘Please support him as he seeks support from you.’

After the announcement some of the congregation turned around and muttered to each other before singing hymns as the service began.

Following the service a parishioner, who did not want to be named, said: ‘No-one would have known about this before the announcement. ‘Everyone is very shocked.’

The vicar of the 12th-century church is thought to live in a £1.5million house which belongs to the Church’s Diocese of Chelmsford.