Todd Nance, the drummer and founding member of the American rock band Widespread Panic, died on Wednesday, August 19, at the age of 57.

Nance passed away in Athens, Georgia, ‘from sudden and unexpectedly severe complications of a chronic illness,’ his family wrote in a statement posted on the band’s website and social media platforms.

The Tennessee native native reportedly had been struggling with chronic illness in the years after his departure from the band in 2016.

RIP: Widespread Panic founding member and drummer, Todd Nance, passed away in the band’s hometown of Atlanta, Georgia on Wednesday, August 19 at the age of 57

So far there’s no word on when a memorial service will take place, but the Nance family did reveal that more information will be shared at a later time ‘as decisions are made regarding the best way to honor Todd’s extraordinary life and career.’

‘The Nance family appreciates the love and support of all and requests that their privacy be honored during this hard time,’ the statement concluded.

Another statement, attributed to the ‘Boys and Girls of Widespread Panic’, was also shared.

‘With heavy hearts and loving memories we say goodbye to our brother Todd Alton Nance. Widespread Panic was born the night of Todd’s first show,” it began.

‘He and Mikey [Houser] had played music together in High school (maybe Junior high) and with a lucky thought, Michael had tracked him down and asked him to join us — because we had a gig, but needed a drummer.’ 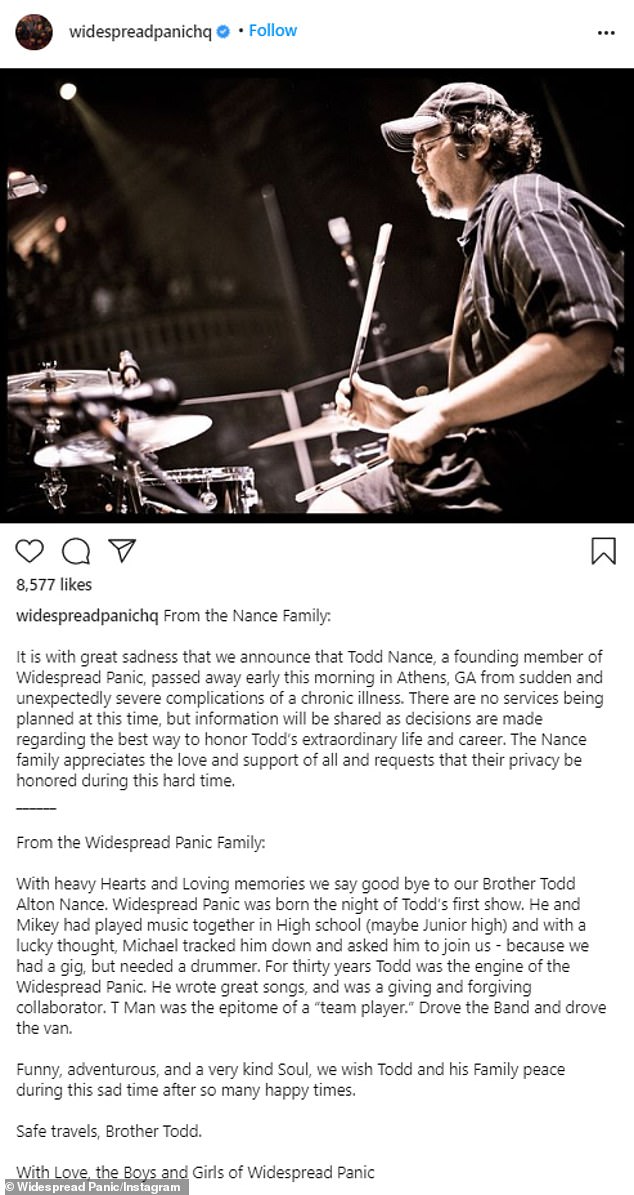 Tragic: Nance passed away in Athens, Georgia, ‘from sudden and unexpectedly severe complications of a chronic illness,’ his family wrote in a statement posted on the band’s website and social media platforms

‘For thirty years Todd was the engine of the Widespread Panic. He wrote great songs, and was a giving and forgiving collaborator. T Man was the epitome of a “team player.” Drove the band and drove the van.’

They went on to describe the jam band drummer as a ‘funny, adventurous, and a very kind soul.’

‘We wish Todd and his family peace during this sad time after so many happy times. Safe travels, brother Todd. With love, the boys and girls of Widespread Panic.’

Nance was a member of Widespread Panic from its inception in 1986 to 2014, when he took a hiatus. He rejoined in 2016 but left permanently that very same year.

During his career, Nance played on the band’s first eleven studio albums, and although he did not perform on their 2015 album, Street Dogs, he did receive co-writing credit on all of the album’s tracks. 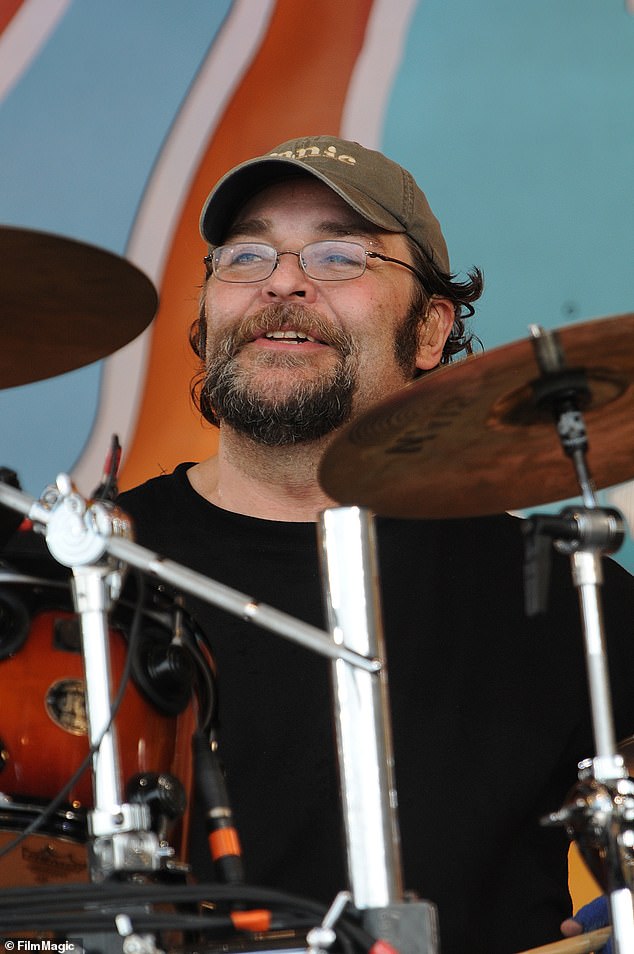 Founding member: Nance helped form Widespread Panic in 1986, and was a member until his departure in 2016