Widow goes viral with story about finding love in her 80s, 40 years after missed connection

An New York City literary couple have enchanted readers with their love story, which began in their 80s with movie nights, dinner dates, and walks in the park.

Phyllis Raphael, an 86-year-old writer, and Stan Leff, an 89-year-old retired bookseller, were both twice-married and widowed when they ran into each other at a Manhattan grocery store in 2015.

Though Phyllis couldn’t recall Stan, he remembered her — the pair had run in the same circles and met at a party way back in 1974.

Phyllis, who clearly left an impression, told the New York Times that now the feeling is mutual: ‘I’m crazy about him.’

Romantic: Phyllis Raphael, 85, and Stan Leff, 89, have been dating for six years – though Phyllis admitted she didn’t think she’d find love again after her husband passed 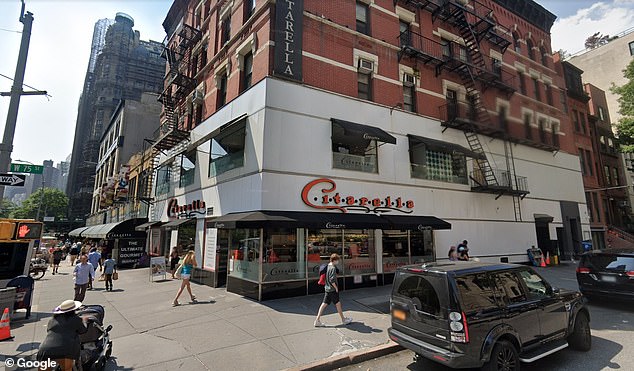 Found love: They bumped into each other outside a Manhattan grocery store. Stan remembered Phyllis from a party in 1974

Both had had great loves before: Phyllis was married twice, and her second husband, whom she was married to for 24 years, had died nine months before she met Stan.

She didn’t expect to ever date again.

‘I never dreamed there would be someone else. I knew I would be lonely, but I wasn’t looking for a relationship,’ she said.

Stan, meanwhile, had also been married twice and was widowed a decade earlier.

In 2015, they were both at the upscale grocery story Citarella when they ran into one another and began talking.

‘Stan remembered me from a party on Fire Island in 1974. He said I was on a deck serving hors d’oeuvres. But I didn’t remember him,’ Phyllis said. ‘We’d known each other peripherally and seen each other at parties but never spoke to each other until that day.’

Soon after the meeting, Stan asked a mutual friend for her phone number, and made good by calling a few days later to ask her out.

Their first date was to see the Amy Schumer movie Trainwreck. She recalls finding him ‘very attractive’ and enjoying sitting next to him.

Surprise: Phyllis admitted she ‘never dreamed there would be someone else’ and assumed she’d be lonely for the rest of her life 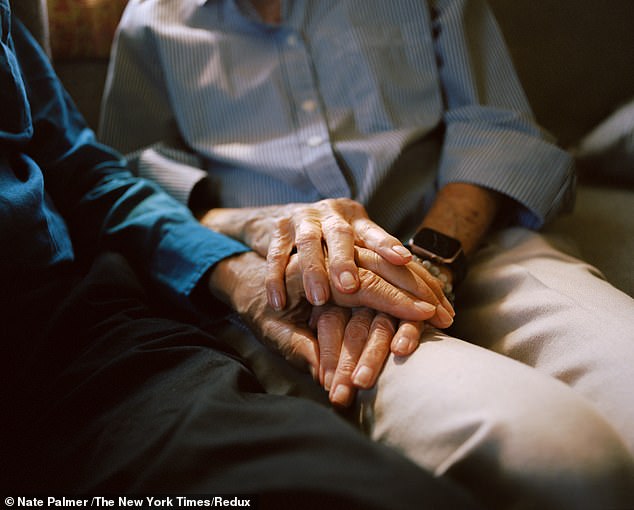 ‘I thought that part of my life was over, but it wasn’t,’ she said gushing that she’s ‘crazy’ about Stan

They went on more movie dates, got dinner, saw plays, and took walks in the park. Still, at the beginning, Phyllis assumed they’d just be ‘widowed neighborhood friends’ — until one night, they became more than friends.

‘Once it was happening, I was so surprised. I thought that part of my life was over, but it wasn’t. At my age you think, “OK, if this is what life is going to hand me I’m going to take it.” So I started seeing him seriously,’ she said.

Six years on, they still maintain separate apartments four blocks away from one another, but spend weekends and some weeknights together. They have sleepovers and call each other boyfriend and girlfriend, but don’t plan on marrying.

Phyllis admitted that her love with Stan is a ‘different kind of love’ than what she shared with her late husband.

‘I’m crazy about him. Not the way I used to be with my husband, but differently,’ she added.  ‘He’s my companion, but so much more. Stan’s at the top of my emergency list. I trust him. He makes me feel safe. He’s kind, reliable. We are good physically.’

She also said that one of the secrets to their happiness seems to be that she went into the relationship with no expectations.

‘You never know what’s around the corner. That thinking has made me happier,’ she said.