He beat his chest, he beat the rest and then he roared to the roof. For a guy who claimed he wasn’t so bothered about dodging a second bolt of lightning, Adam Peaty exposed himself once more as an immense swimmer and a terrible liar.

Only the Commonwealth Games? Only a stepping stone to better dances in Paris? Both indisputably true. And each a monumental nonsense when it comes to the competitive instincts of a man more obsessed with gold than the average dragon.

Not his beast of choice, of course. No. He talks of lions. He loves them, has a massive one tattooed on his arm. And when he was beaten on Sunday, in his first 100m breaststroke defeat in eight years, he warned that you don’t back a lion into a corner. That you get bitten.

Here, in the sequel across 50m at Sandwell Aquatics Centre, he chewed them up and spat them out. All seven of them, including his English team-mate James Wilby, whose beating of the three-time Olympic champion 48 hours earlier sparked an existential crisis within Peaty that was so severe he muddled his own scripts.

One minute he was ‘devastated’. The next he didn’t know if he loved swimming and he wasn’t fussed by defeats on lesser stages, anyway. He laid it on so thick he was accused by Mark Foster of ‘disrespecting’ the Games.

Across 26.76sec, Peaty’s quickest 50m since 2020, way before the broken foot 10 weeks ago that introduced jeopardy to a sure thing, far clearer truths emerged. Indeed, after winning by more than 0.2sec from Australia’s Sam Williamson, his yell could be heard above 5,000 in this arena; after escaping from view he gave an even sharper view of just how objectionable he finds any brand of defeat. 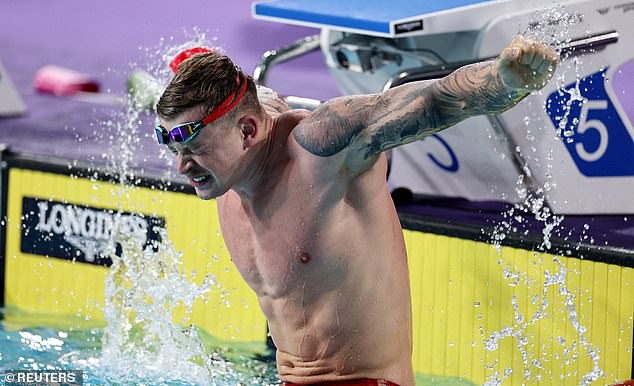 ‘Following the 100 I was at the lowest of the low,’ he went on to say. ‘I had something which was almost guaranteed taken away from me. I took it for granted. I said to Ross (Murdoch, the Scot who took bronze) that I didn’t want to do the 50 and he said I’d regret it for the rest of my life. Today was the emotion and rawness – that’s what you saw.

‘I just reverted to who I am. Mel (Marshall, his coach) said this morning: “Today you wake up and you play”. I replied: “No, today I fight”. Because sometimes playing is not enough. 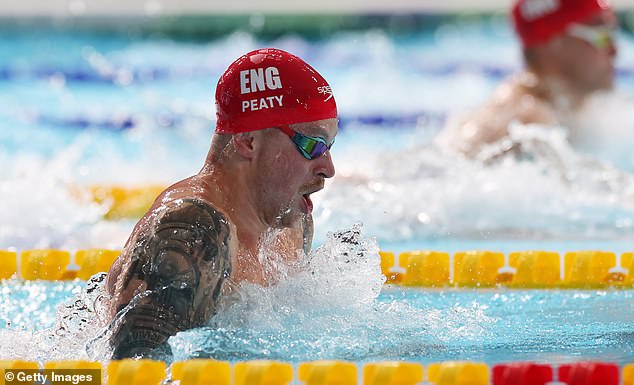 ‘I had a lot of adversity. I was like, “I’m retiring here”. This win just shows you even if the odds are against you, even if you’re against yourself, give yourself the chance to pick yourself up and go for it.’

The race was as good as over from 25m. Williamson had kept pace until then, but whereas the burden of Peaty’s injuries had left him undercooked for the second half of his 100m race, in which he finished fourth, this time he had the gas to get to the wall.

Williamson was almost bemused by what he was chasing, which is to say the winner of 32 gold medals from the Commonwealth Games and up. The Australian said: ‘He broke his foot 10 weeks ago – I don’t think anyone else would even have been able to compete here. He’s the best breaststroker the world has ever seen.’ 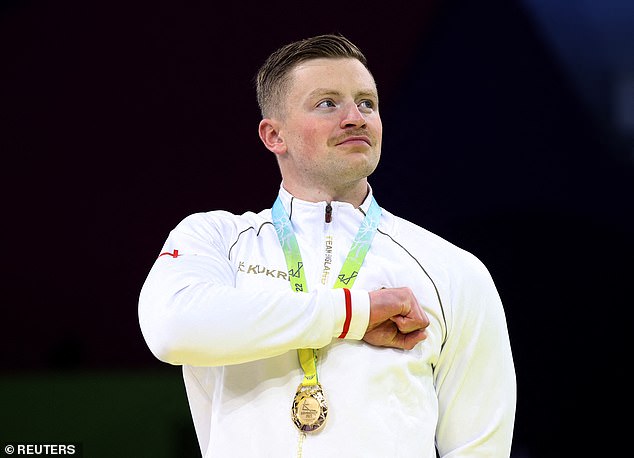 It is perhaps indicative of Marshall’s role in all this, as the coach who needs to direct the wilds of such a temperament and talent, that once Peaty had won his gold he handed it straight to her. He also spoke with renewed vigour for the remainder of this Olympic cycle, having previously questioned if he had the heart for the splashing game.

‘I’ve got that victory that will keep these fires burning,’ he said, and with it he acknowledged the Commonwealth 50m gold was the only one missing from his collection of the sport’s major honours, owing to his silver at the Games in 2018. Until Sunday, that was his last defeat at any distance.

Earlier, there was a gold medal for England’s Brodie Paul Williams in an exciting 200m backstroke race, while England’s Laura Stephens was second in the 200m butterfly and James Guy took silver in the 100m butterfly.

They all looked delighted. None roared like the bloke who wasn’t bothered. 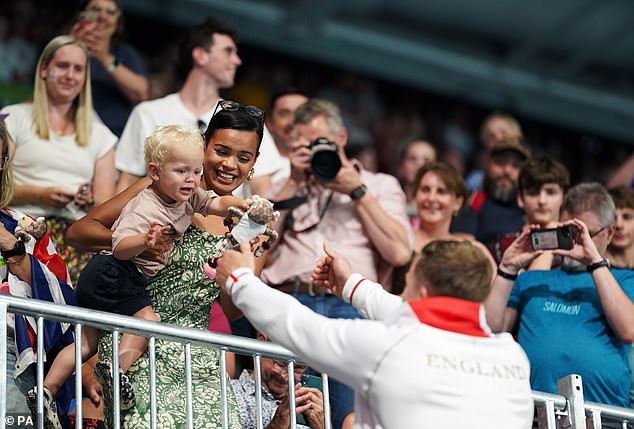