By Reuters and Nathan Salt For Mailonline

Germany’s Alexander Zverev brandished his credentials as an Australian Open title contender by dispatching local wildcard Alex Bolt 6-3, 6-3, 6-2 in their third round clash on Saturday night.

The fourth seed was tested early on his serve, which was initially off-target, but was able to maintain control of the contest with a strong returning display.

Once the German’s towering serve started finding its mark, though, there was little world No 155 Bolt could do to stay in the match. 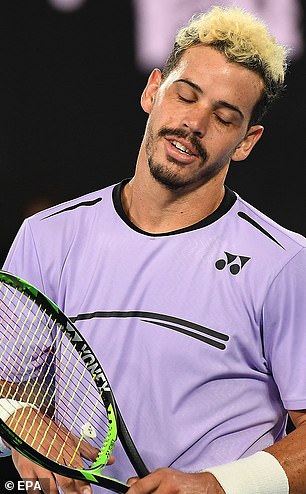 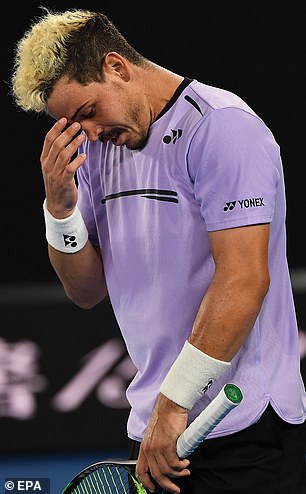 Zverev, known as Sascha, will play big-serving Canadian Milos Raonic in the fourth round.

The two players were poles apart on court but Zverev showed his class in his post-match comments, suggesting Bolt has ability to crack the top 100.

‘He is someone with unbelievable power, and I was surprised actually how much power he has, especially in the cold conditions,’ Zverev said. 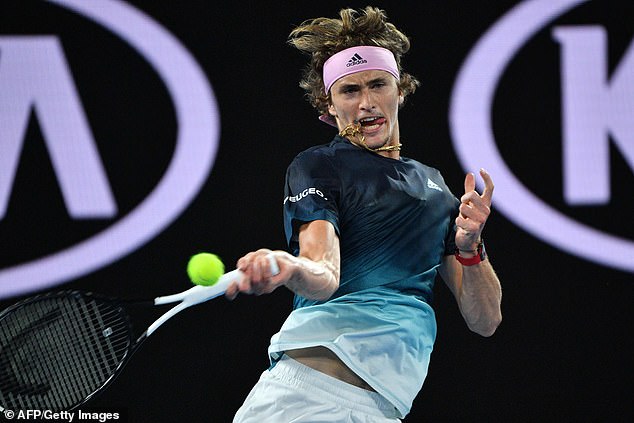 ‘He has played an unbelievable tournament and I think if he continues playing the way he is playing, he will be top 100, top 50 maybe.’

The crowds have rallied behind the Australian hopefuls and Bolt was not lacking for fans against a resilient Zverev.

The ATP Finals winner is being tasked with winning a maiden Grand Slam and as players enter the latter stages, Zverev will know far tougher assignments than Bolt await.

One of the big changes for Zverev has been his work with fitness coach Jez Green, the man who physically transformed Andy Murray into a champion.

The pair have been working together for five years to build up the 21-year-old’s muscle and physique.

‘You can’t really tell! I’m disappointed,’ the German joked. ‘I’m still called the skinny dude on the Tour even though I have put on about 15 kilos. You could see Andy become a champion but me I am still like, I don’t know, an asparagus or something!’ 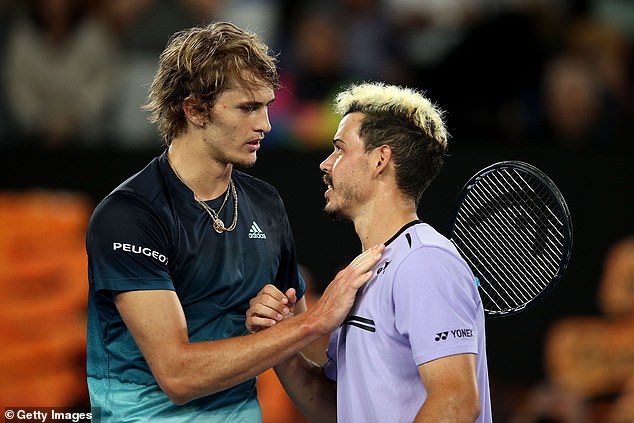