A former Oklahoma police officer was sentenced to 25 years in prison for the 2014 killing of his daughter’s boyfriend after using department records to run a background search on him.

Shannon Kepler, 61, a citizen of the Muscogee Nation, will likely spend the rest of his life in prison for the murder of Jeremey Lake, who was 19 years old when Kepler killed him on the tribe’s reservation.

Kepler was found guilty in federal court last April after four previous trials in state court failed to land the veteran cop in prison. He was also ordered to pay restitution to cover the cost of a headstone for Lake.

He was convicted of manslaughter in the fourth trial and given a 15-year prison term, but the Oklahoma Court of Criminal Appeals overturned that conviction based on a U.S. Supreme Court ruling that found that Oklahoma lacks jurisdiction for crimes that happen on tribal reservations in which the defendants or victims are tribal citizens.

‘Kepler, at the time, was sworn to uphold the law but instead made a series of decisions that led to the young man’s murder,’ U.S. Attorney Clint Johnson said after Friday’s sentencing.

‘Today’s 25-year sentence provides a measure of justice to Mr. Lake’s family, though I know their healing continues.’

Former Tulsa Police Officer Shannon Kepler (right) leaves court at the Tulsa Federal Building during his fifth trial in the killing of his daughter’s boyfriend Jeremey Lake on Monday, April 19, 2021 in Tulsa, Oklahoma. Kepler, convicted of second-degree murder in the fatal shooting of Lake in 2014, was sentenced to 25 years in federal prison last Friday 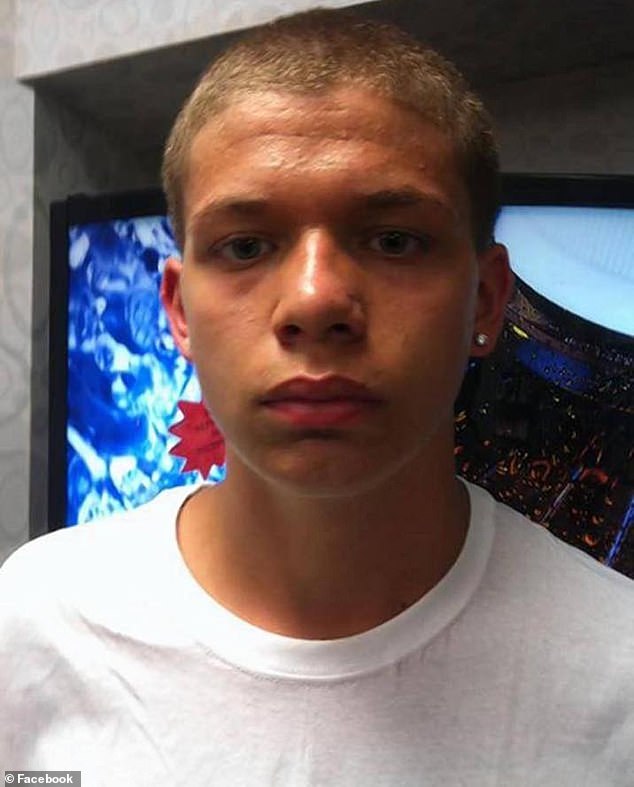 Jeremy Lake, 19, at the time of his  murder in 2014, was once the victim of child abuse at a very young age and was previously charged as a juvenile after pushing a social services worker 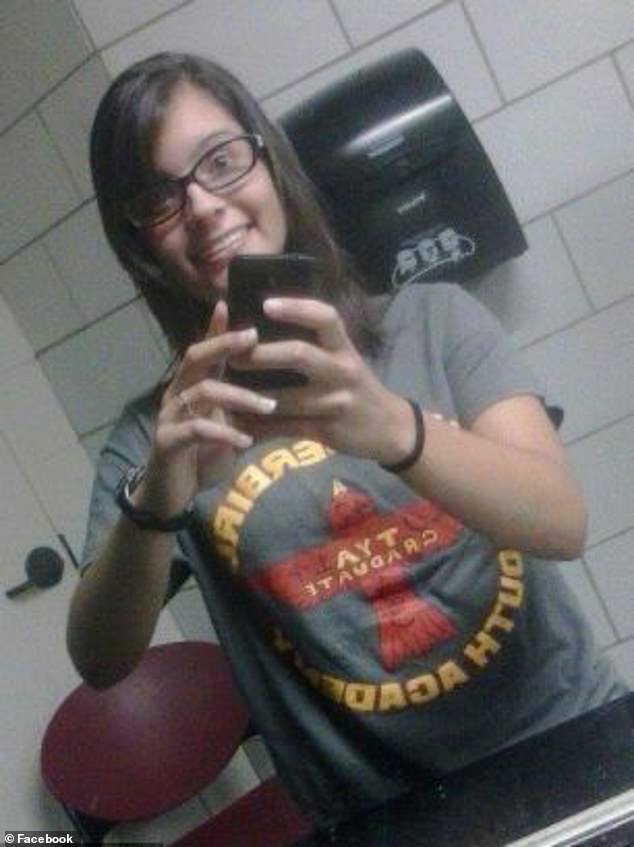 Lisa Kepler, 18, was dropped off at a homeless shelter without any money, clothes or phone shortly after her 18th birthday. She met Lake at the shelter

In 2014, Kepler and his wife, Gina, were ‘having a difficult time’ with their adopted daughter, Lisa, and left her at a homeless shelter shortly after her 18th birthday without any essential possessions, including money, cell phone, credit cards or clothes other than what she wore, according to a statement from the U.S. Attorney’s Office for the Northern District of Oklahoma.

Kepler was then ‘alarmed’ days later when he managed to gain access to his daughter’s Facebook account and saw that she had changed her relationship status from being single to ‘being in a relationship’ with Lake, whom she met at the shelter  where he was working as a volunteer.

While still active on the Tulsa Police Department, Kepler requested a records clerk to search police databases to gather information on Lake before printing out police records about him. He learned that Lake was the victim of child abuse at a very young age and was previously charged as a juvenile after pushing a social services worker. Those charges did not result in a conviction.

‘The day of the crime,’ the U.S. Attorney’s Office statement said, ‘Kepler changed into dark clothing, used his wife’s SUV, then traveled after dark to Lake’s last known address’ with a loaded .357 Magnum revolver that he knew would leave no shells as evidence on the scene.

Once he pulled up to Lake’s Tulsa address – 202 North Maybelle Avenue – around 9p. on August 5, Kepler observed his daughter and Lake on a walk together with some of their friends and approached them in a bid to talk his daughter. She turned him away and headed inside the home. 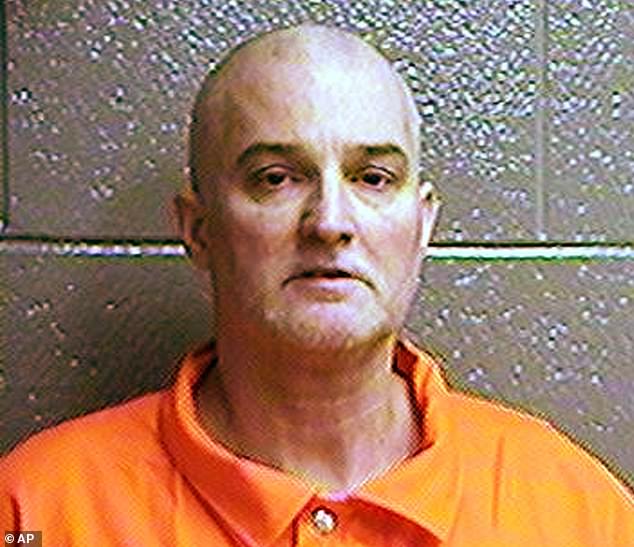 Kepler, a citizen of the Muscogee Nation, beat four previous trials in state court but was finally convicted in federal court

Lake attempted to introduce himself to the cop, but Kepler pulled out the revolver and shot twice, prompting him to die ‘almost immediately,’ U.S. Attorney Clint Johnson said in a statement announcing the sentence.

‘Kepler then fled the scene, testifying that he knew his fellow Tulsa police officers would be hunting for him, his vehicle, and his weapon. He abandoned the SUV at a former Motel 6 just off the Broken Arrow Expressway and eventually turned himself in.

Approximately 14 hours after the shooting, his former attorney brought the still-loaded murder weapon into the Tulsa Police Station in a Zip-lock bag,’ according to the U.S. Attorney’s Office.

‘When testifying, Kepler claimed that, although no gun was ever found at the scene, he shot Lake in self-defense after Lake “got the jump on him,” pulling a shiny, semi-automatic pistol from his pants pocket,’ the office said. ‘While Kepler’s attorney argued that a gun found in the Tulsa Police Department several days later “could” have been taken from the scene, expert and forensic evidence proved that the two incidents were unrelated. 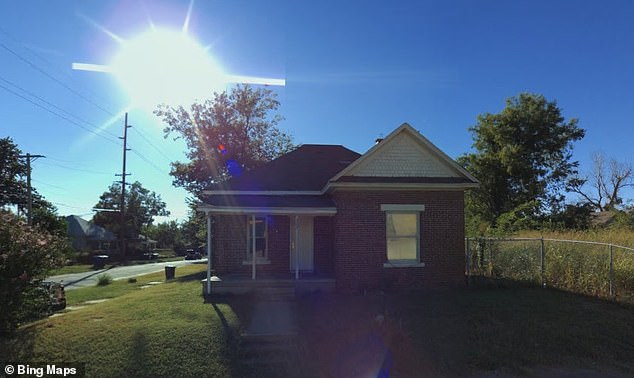 Lake’s father, who was a witness at the sentencing, and other family members who wrote letters addressed to the court, said: ‘Jeremey never had the chance to grow into the man he had hoped to become for his unborn child,” reported the U.S. Attorney’s Office. ‘They explained that prior to his death, Jeremey found a steady residence and intended to go to welding school. They also spoke about his selflessness and willingness to help others, as evidenced by his volunteer work at the homeless shelter.’

Kepler testified at his trial that he fired in self-defense because he thought Lake had pointed a handgun at him. No gun was found at the scene.

There also was a racial undercurrent to the trials. Kepler killed Lake, who was black, days before a white police officer killed Michael Brown, a black 18-year-old, in Ferguson, Missouri, that sparked protests and fanned the national debate over the treatment of black people by law enforcement.