Extremely rare brown panda is sighted in the wild

A wild panda that sports brown and white fur has been sighted in China.

The extremely rare panda was seen at a natural reserve in Shaanxi Province earlier this month.

Prior to the discovery, it was believed that there was only one living brown panda in the world. The unique animal also lives in Shaanxi in north-west China.

The panda, which has white and brown fur, is seen going into the forest in Shaanxi, China 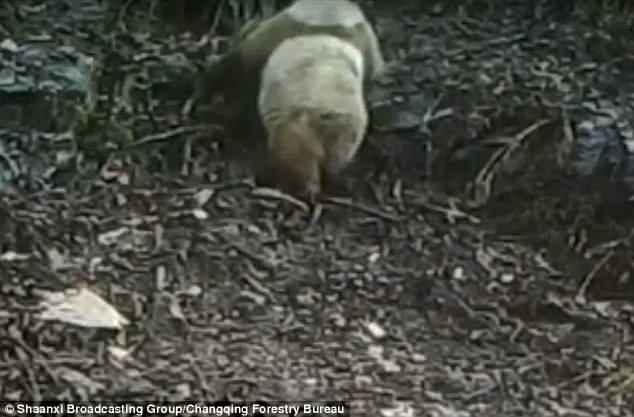 The special animal, only the ninth to be recorded in history, is seen trying to get bamboo 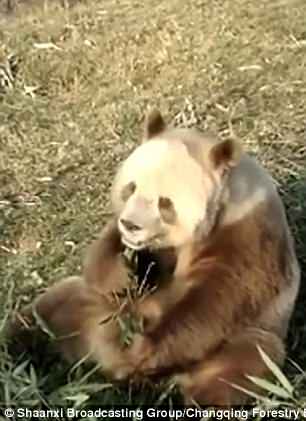 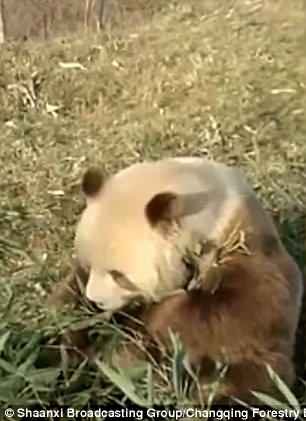 According to Changqing Forestry Bureau, the brown panda was sighted on March 11. The above pictures, released by Shaanxi Broadcasting Group, show a brown panda in the area

This is the first time a brown panda has been caught on camera.

Footage from an infrared camera shows the special panda climbing into a bamboo forest at the Changqing National Nature Reserve on March 11.

Instead of black and white fur, the panda sports a rare coat of brown and white.

The precious footage was released by Shaanxi Broadcasting Group yesterday.

The giant panda appears to be an adult panda and healthy, according to the natural reserve.

Normally, wild pandas live in the bamboo forest on high altitudes in the mountainous. The brown panda, however, was seen on a relative low altitude.

The natural reserve explained that spring is the mating season for pandas, therefore they descend to lower altitudes to find partners in the forest.

This is the second time a brown panda has been seen in the Changqing area, according to Changqing Forestry Bureau. Chinese panda expert Pan Shiwen spotted the first living brown panda in the area in February, 1992.

This is also the first time a brown panda has been caught on camera. 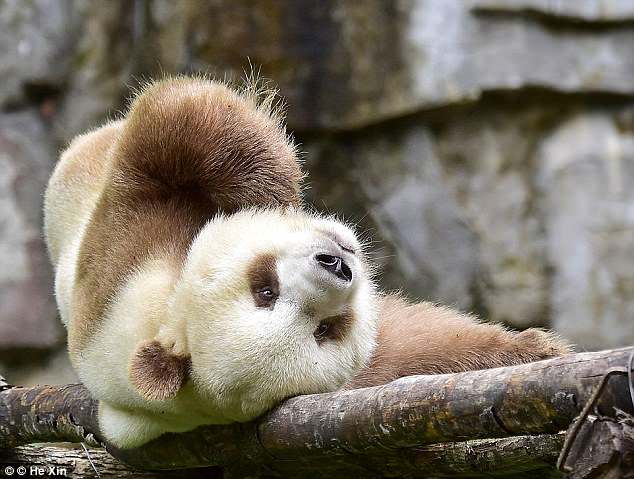 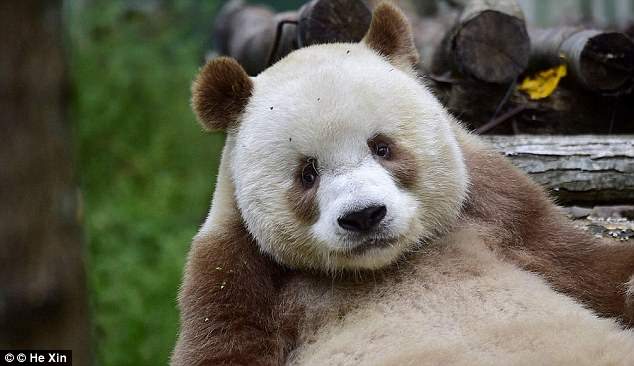 Brown pandas are rare and there has been no scientific conclusions as to what causes their different appearance.

Only nine sightings of them have ever been reported according to Chinese authority and all of them occurred in the Qinling Mountains in Shaanxi Province.

Qizai, previously thought to be the only living brown panda, lives in the area’s Foping Panda Valley. 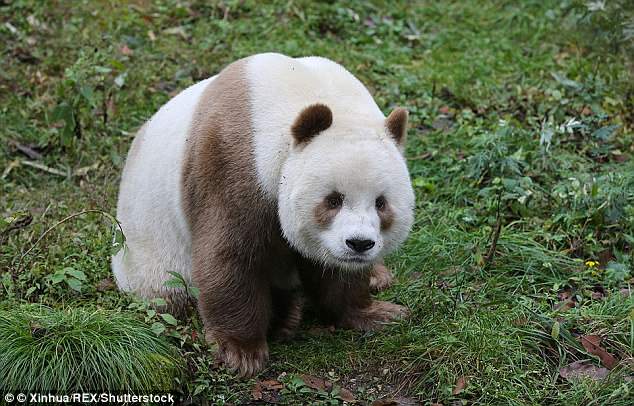 Qizai was found as a two-month-old cub, weak and alone, by researchers in Qinling Mountains 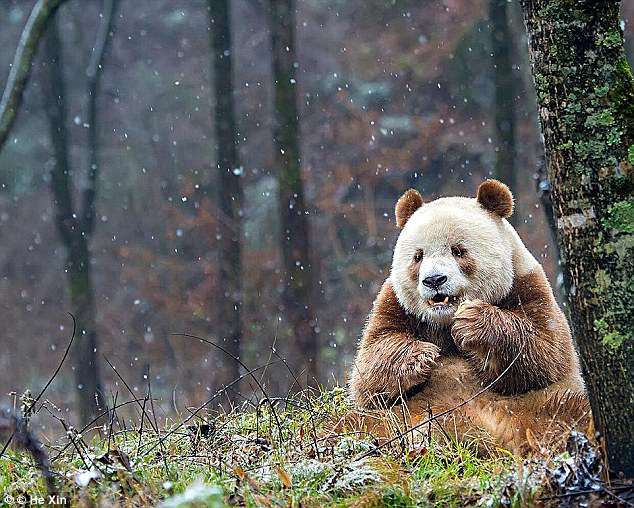 Now nine years old, the male brown panda was found as a two-month-old cub, weak and alone, by researchers in the Qinling Mountains after his mother had apparently disappeared into the jungle.

Qizai’s keeper He Xin told MailOnline in a previous interview that pandas from north-west China’s Shaanxi Province have different appearance to those from south-west China’s Sichuan province, where giant pandas are thought to come from.

‘The pandas in Shaanxi have lighter fur colour than the Sichuan pandas,’ said Mr He.

‘Some of them have dark brown fur around the stomach,’ he added. ‘But Qizai is the most brown panda of them all.’

Why is a giant panda brown? 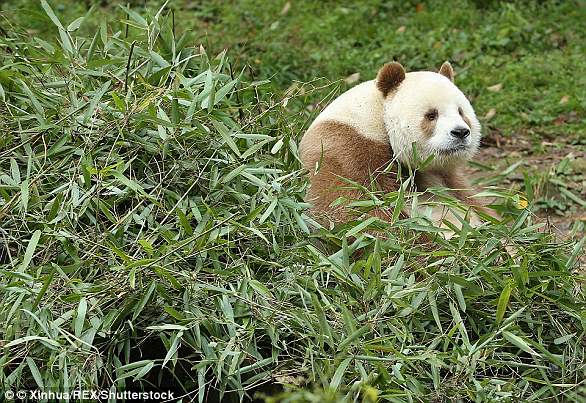 Katherine Feng, an American vet and member of the International League of Conservation Photographers, had the opportunities to take photos of Qizai in 2015.

‘It is suspected that the brown and white colouring of pandas has a genetic basis, possible a result of a double recessive gene, a combination of genes or a dilution factor gene. Qi Zai’s mother was black and white.’