Former AFL star Arryn Siposs has sent the NFL world ablaze, being branded the ‘fastest punter in history’ after a stunning rundown tackle for the Philadelphia Eagles on Monday Night Football.

Siposs, who played 28 matches for St Kilda before moving to the US to forge a new career, saved a touchdown after a blocked field goal attempt in Philadelphia’s 24-7 victory over the Minnesota Vikings.

The 28-year-old was holding the ball for kicker Jake Elliott when veteran Vikings cornerback Patrick Peterson was able to block the attempt with a desperate, acrobatic dive.

Arryn Siposs waves to the crowd after the Eagles preseason game against Miami in August. The former St Kilda star has gone viral after an epic play in their win over Minnesota on Tuesday

Kris Boyd collected the loose ball and took off, looking certain to score a touchdown before Siposs came out of nowhere to mow him down 30 yards short of the line with a textbook rugby-style legs tackle.

Broadcaster Sean Greene called it a ‘heck of a tackle’, while prominent Philadelphia radio host James Seltzer declared ‘Siposs is better at tackling than punting’.

Given the Eagles managed an interception on the next drive, it was a huge moment in the game – a point not lost on the NFL world.

Funnily enough, the touchdown-saving play came after many Eagles fans got stuck into the unfairly maligned star.

Huge tackle by Arryn Siposs. Saved a TD, Eagles get the INT.

Eagles punter Arryn Siposs is getting a game ball after this one.

That interception doesn’t happen without his tackle on the blocked kick.

Play of the game…. SIPOSS stopping that touchdown from a blocked field goal. if the Vikings would have scored there it would’ve been a totally different ballgame. #FlyEaglesFly

Shoutout to Siposs for the hustle and tackle.. saved a TD as this defense turned up the 🔥 on Cousins. 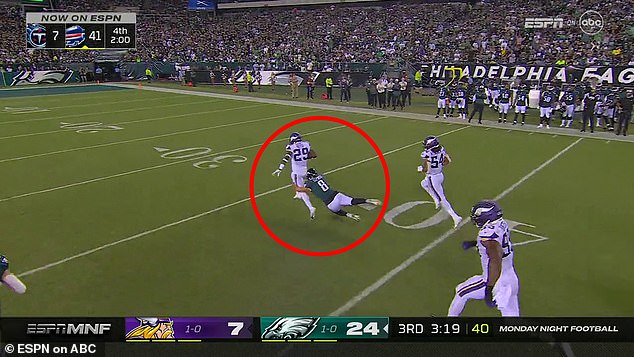 After an impressive college career at Auburn from 2018 to 2020, Siposs was picked up by Detroit as an undrafted free agent after the 2020 NFL draft.

He immediately experienced the cutthroat nature of American football when he was cut and re-signed on three separate occasions within seven months of joining the team.

His career was reignited when the Eagles signed him ahead of the 2021 season and he made his debut in the season opener. 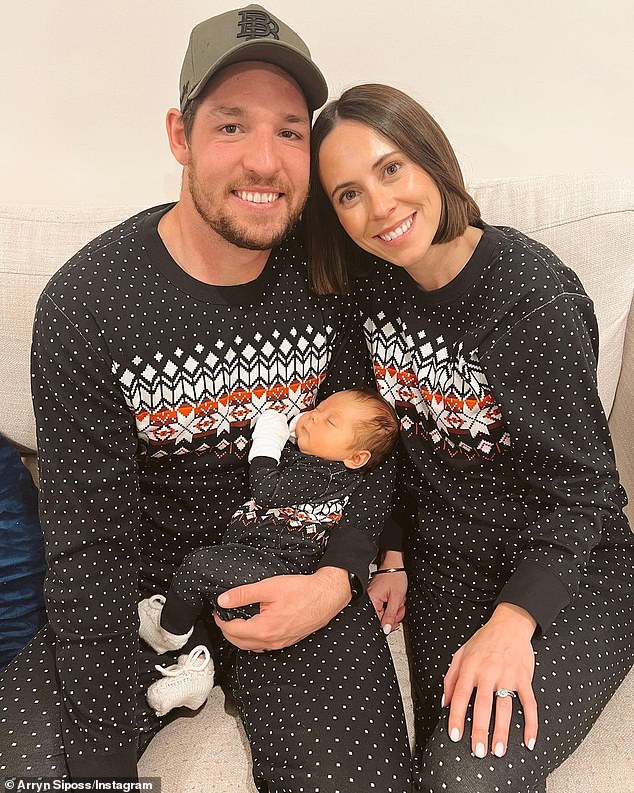 Lincoln Financial Field in Philadelphia is 16,552 kilometres from Melbourne – quite the distance to explain the incredible journey Siposs has been on after a somewhat modest AFL career for the Saints.

The silky-skilled forward kicked 22 goals in his 28 games at the club, and seemed like he might be the perfect foil for the legendary Nick Riewoldt.

But it wasn’t to be for the Melburnian after he was delisted at the end of the 2015 season. 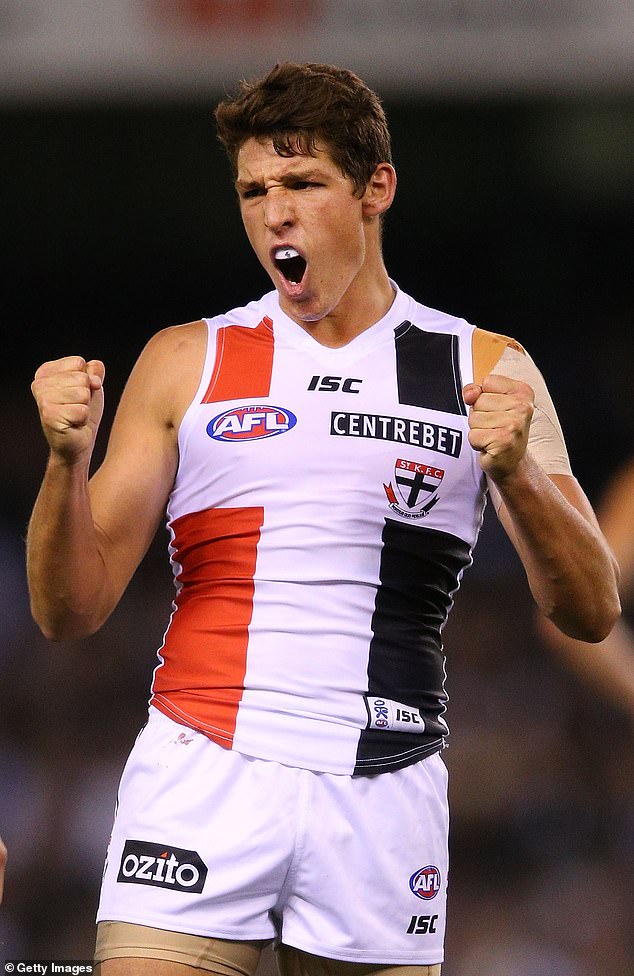 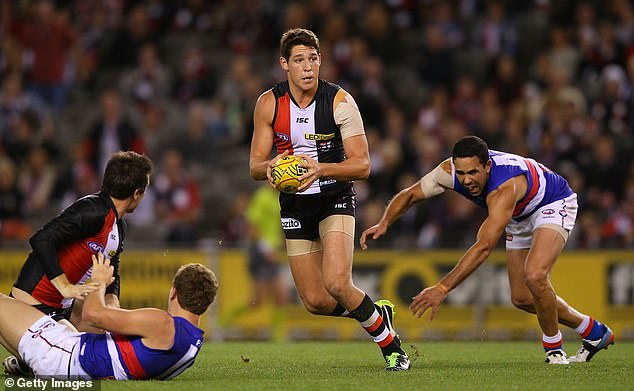 But sometimes when a door is closed, a window magically opens – in this case, a college punting career, which he’s turned into an unlikely NFL gig through sheer determination.

He’s the latest in a line of Australian punters revolutionising the position.

Mitch Wishnowsky just signed a $19million contract with the 49ers, while Seahawks gun Michael Dickson is considered by many to be the best punter in the league. 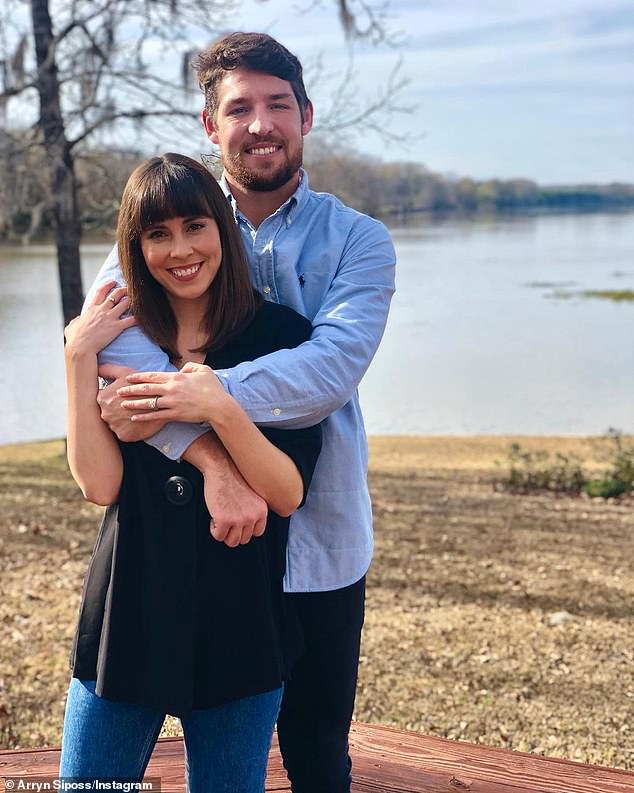 Arryn Siposs with wife Rachel. The Aussie pair now live in the US and have a daughter named Sadie

Cameron Johnston punts for the Texans, while Jordan Berry and Brad Wing have also made waves over the past few years.

Famously, AFL legends Sav Rocca and Ben Graham saw huge success after finishing off their professional careers in the US.

The powerful 189cm, 96kg punter lives in Philadelphia with wife Rachel, and became a father for the first time in November, 2021, when the couple had a girl named Sadie Mae Siposs.

No matter what happens from now on, he’ll always be able to tell Sadie about the day he saved a touchdown, and was called the ‘fastest punter in NFL history’.