A 16-year-old girl faces a partial-leg amputation after a common cold turned into pneumonia and a life-threatening infection in her blood.

Gianna Cirella complained of a sore throat during soccer practice on October 13.

But three days later her family rushed her to hospital, weak and spluttering, and scans revealed she had pneumonia in both of her lungs and sepsis, a dangerous blood infection.

The teenager from Warwick, Rhode Island, now lies strapped to machines at Hasbro Children’s Hospital in Providence as doctors try to circulate her blood and keep her breathing.

The sepsis has blocked oxygen from reaching her right leg, so doctors are now preparing to amputate to prevent further complications.

Gianna Cirella, 16, complained of a sore throat during soccer practice. Three days later, she was rushed to the hospital because she had pneumonia in both lungs and sepsis. Pictured is Gianna during a soccer game 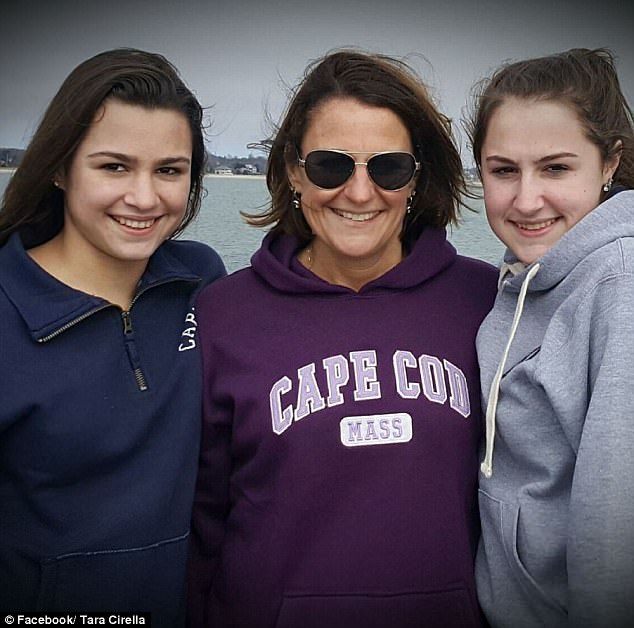 The sepsis, which is an infection in the blood, has prevented circulation in her right leg. Doctors will have to amputate part of it to save her life. Pictured is Gianna’s sister Cassie (left), her mother Tara (middle) and Gianna (right)

Gianna only had a sore throat and runny nose, so no one on her team thought anything of it when she complained about it during soccer practice.

But the illness rapidly progressed into pneumonia in both lungs and sepsis, which is a life-threatening infection in the blood.

How sepsis can cause a limb to be amputated

When someone gets sepsis, it can cause the body to start shutting down in different areas as an inflammatory response.

The blood clotting mechanisms can go on overdrive and create blockages in the vessels.

This prevents necessary nutrients and oxygen to get to the tissues.

If tissues don’t receive their nutrients, then they start to die.

Doctors are forced to remove that part of the body if too many tissues have died.

‘I couldn’t believe what I was hearing,’ said Lonna Raza, Gianna’s head soccer coach, to the Providence Journal. ‘It was shocking — absolutely shocking — that it came on so quickly.’

Pneumonia is an infection in the air sacs of the lungs that can cause them to fill with fluid or pus.

People who experience pneumonia first feel a shortness of breath or have a cough.

Sepsis triggers an inflammatory response in the immune system and can cause multiple organs to fail if not caught in time.

In Gianna’s case, it has cut off the blood supply and oxygen in the right leg.

This prevents the tissues and muscles to receive the nutrients they need to stay alive in the body.

Instead, her tissue is dying which is forcing doctors to amputate in order to avoid further problems down the road.

Gianna relies on multiple machines to assist with her breathing and circulate her blood.

It is unclear when she will have her surgery and how long it will take her to recover from the deadly infection.

Gianna’s family and soccer team have rallied behind her while she battles her diagnosis in the intensive care unit of the hospital.

Her best friend, Elise Saccoccia, created a GoFundMe page to help pay for the medical expenses and other treatments she will need while she recovers. 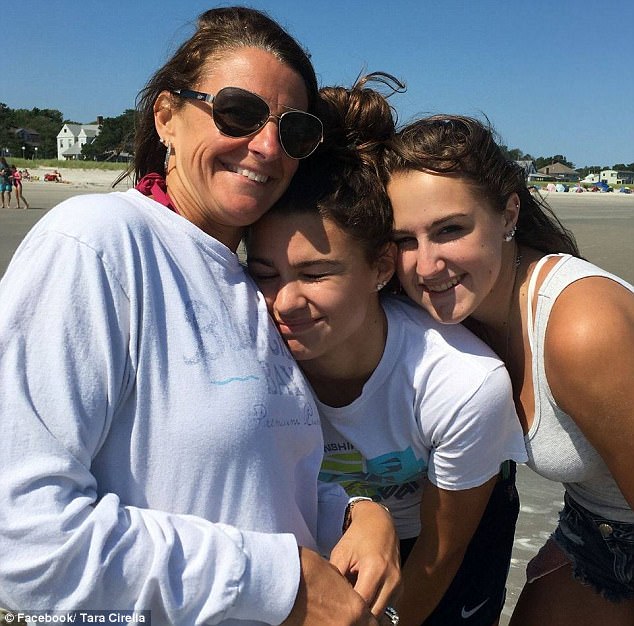 Gianna (left) is hooked to machines to help circulate her blood at Hasbro Children’s Hospital in Providence, Rhode Island. Pictured is her with her sister and mother