Jackie ‘O’ Henderson on her messy experience with diets pills

She’s lost 10kg in the past year with a diet consisting of coffee, an avocado, chicken and vegetables.

And on Friday’s Kyle and Jackie O show, Jackie ‘O’ Henderson said she no longer follows fad diets, and recalled her rather messy experience with diet pills.

‘I’ve been scarred by the pills,’ the 43-year-old told co-host Kyle Sandilands. 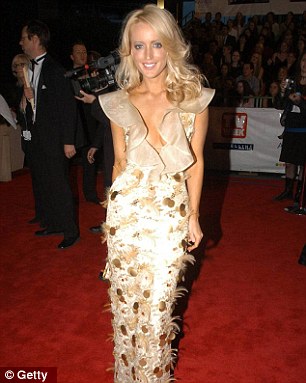 ‘I’m not into the fad [diet] stuff. I’ve been there, done that,’ Jackie said on-air.

Probed by Kyle, 47, as to whether she’s ever tried clay pills, one of the latest weight loss trends followed by celebrities, she responded: ‘No, I’m not going to take any pills. I’ve been scarred by the pills.’

Kyle then recalled how Jackie once took a diet pill that caused her body to leak oil out of her derrière.

‘Oh don’t. I don’t want to keep bringing that story up. [It’s] some stupid diet pill [where fat] comes out… that everyone was taking at the time,’ Jackie said. 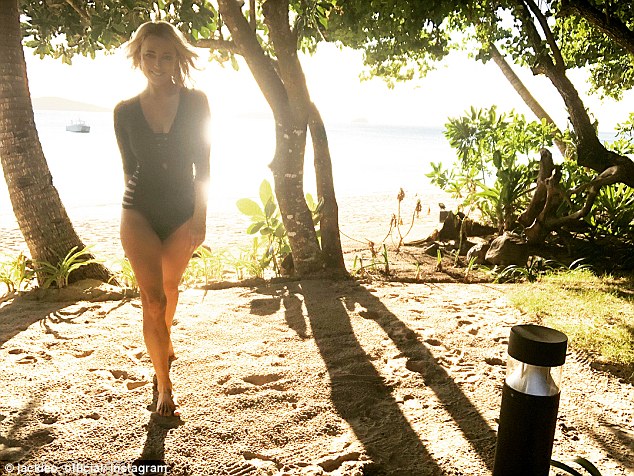 Behind her: ‘I’m not into the fad [diet] stuff. I’ve been there, done that,’ Jackie told co-host Kyle Sandilands on-air

‘I was warned. I should have listened,’ the mother-of-one added, before confirming that this time around she lost the weight in a healthy manner.

‘I didn’t lose the weight now like that. [I did it by] just being healthy,’ she said.

Earlier this month Jackie shared her rather surprising day on a plate after losing 10kg over a period of 12 months.

During a segment on The Kyle and Jackie O Show, the blonde revealed she skips breakfast everyday and instead just has a cup of coffee.

She then raised eyebrows by telling Kyle and newsreader Brooklyn Ross that she usually eats a single avocado for lunch.

Jackie explained she sits down for her first meal of the day around 12pm, after she’s finished her morning broadcast at KIIS FM, which consists of ‘a whole avocado [eaten] with a spoon.’ 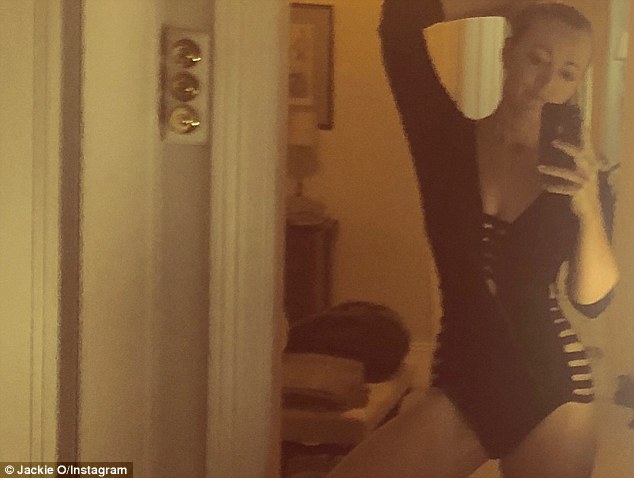 Hindsight: The mother-of-one later shared that she won’t use diet pills again: ‘I was warned. I should have listened’

‘And then I wait until dinner and have something like chicken breast and a couple of veggies,’ she added.

After eating disorder charity The Butterfly Foundation compared Jackie’s meal plan to ‘starvation’ in an interview with The Daily Telegraph, she defended herself by clarifying that she does not follow the strict diet every single day.

She stated on-air: ‘It is not a starvation diet. What I should have clarified is that while I’m doing that [following her strict diet] on some days, I don’t eat that every single day.

Jackie continued: ‘I don’t stick to that [day on a plate] religiously. But, do you know what? When I do eat an avocado for lunch, I feel good! It makes me feel good.’

‘I do believe that on the days when I eat less, I feel better about myself, and I feel healthier. I actually feel sluggish when I eat [heavier foods].’

Setting the record straight, she added: ‘I’m not starving myself by any means. And I would never ever endorse that. I don’t want anyone out there starving themselves to lose weight. It’s not about starving yourself.’