The decapitated and dismembered remains of Sara Zghoul were found in two suitcases in a BMW in Aloha, Oregon on Thursday

A man suspected of decapitating and dismembering a 28-year-old Oregon mother was found hiding in a ravine and screaming for help minutes before he was arrested by police.

The remains of Sara Zghoul, 28, who was found decapitated and stuffed in two suitcases in a car earlier Thursday night in Aloha, near Portland.

Michael Larsen said the prime suspect in her death was hiding near his apartment complex and he woke up to screams in the middle of a night.

He told KGW that around 11.30pm on Thursday, his daughter began pounding on his bedroom door.

‘I went to bed, and then I was woken up by my daughter pounding on our door, saying: “Somebody’s out in the woods yelling for help”,’ he said.

Larsen said that after he went out onto his balcony, there was a man in a ravine below his apartment near Southwest Murray Boulevard and Southwest Teal Boulevard.

He said the man kept yelling “Help” over and over, even when they asked his name.

‘And that was the only time he responded appropriately. He said: “Thank you”. So then just a few minutes later all the police just started converging on this area.’ 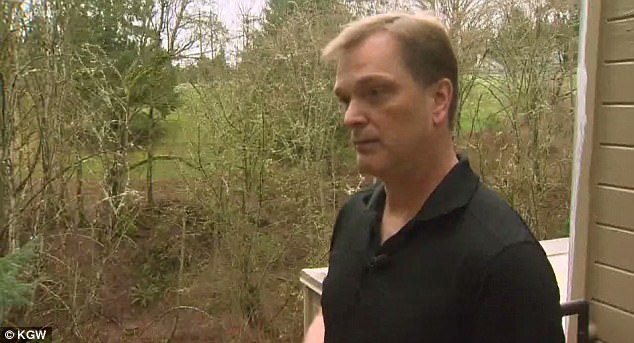 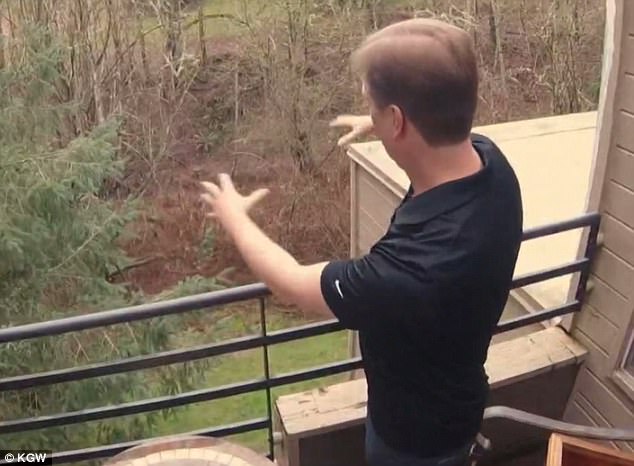 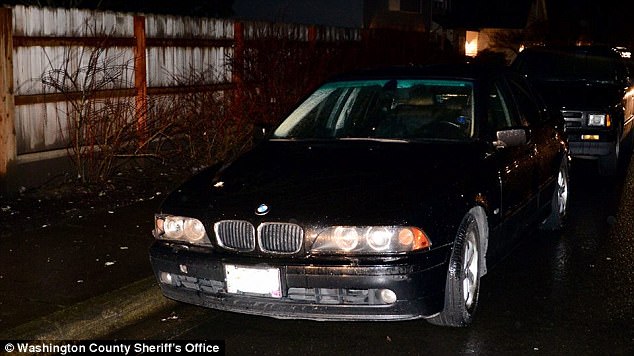 The BMW (pictured) was found on a residential street. A man was arrested in connection with her death later in the evening. Authorities say he tried to kill himself before his arrest by slashing his throat and wrists

Officers took the suspect, whose identity has not been released, into custody.

Authorities say the suspect tried to kill himself while in the ravine by slashing his throat and wrists before he was arrested.

Zghoul had worked as an actress, a model and a voice-over-artist and is survived by a son.

‘Sara was funny, kind and a great mother,’ a family friend said. ‘She was the kind of person to give you the shirt off her back.’

‘Her son, I mean, I don’t know if he comprehends that she’s never going to come back,’ another friend told KPTV. ‘It takes an evil, evil person to do something like that.’

You never would expect that to happen to someone that you know,’ Zghoul’s childhood friend Gregory McKelvey told KOIN 6 News.

‘She was a very funny person, everybody knew her and her whole family.’

The family has declined to comment to local media as of yet.

Police received a call on Thursday night about a homicide with a body left inside a car in an Aloha neighborhood.

Authorities scouted the neighborhood and located a BMW with Zghoul’s body inside the trunk. 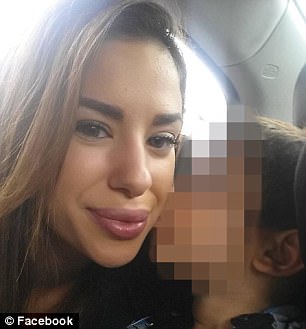 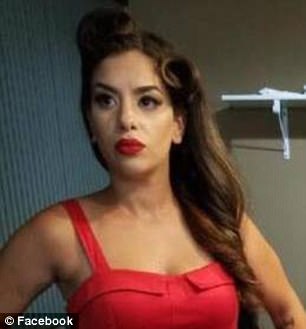 Zghoul had worked as an actress and model and is survived by her son. ‘Sara was funny, kind and a great mother,’ a family friend said

Detectives also gathered evidence Friday at a home near the corner of Southwest 166th Avenue and Hargis Road on Friday, three blocks from where the car was found, reported KATU.

Police said in a statement they would release the suspect’s identity ‘at a later date’.

Larsen saw news headlines Friday morning and put the story together himself.

‘That’s when it really hit me that I was talking to a murderer right underneath our balcony. Very scary,’ he said.