Perfect hangouts across the UK for adrenaline junkies, from an indoor bungee jump to a skate park

The perfect hangouts across the UK for adrenaline junkies, from a huge skate park to one of the world’s highest (and scariest) indoor bungee jumps

Every week our Holiday Hero Neil Simpson takes an in-depth look at a brilliant holiday topic, doing all the legwork so you don’t have to. This week: high-adrenaline adventures all across the country.

Climbing distant mountains or scuba-diving in exotic oceans may be off-limits until the current travel crisis ends but there are plenty of pulse-raising activities to try at home. Here are eight world-beaters in the UK.

Colchester is the place for wall-running, one of the world’s newest extreme sports. It’s described as a mix of free-running and Cirque du Soleil skills, where you build momentum on a trampoline, then walk up and push off against the adjacent wall. Sessions cost from £10 and more than 300 trampolines are used to host freestyle jumpers, families and group exercise classes (jumpstreet.co.uk).

Manchester is home to the country’s longest indoor ski slope, providing nearly 600ft of ‘real’ snow to explore, whatever the weather outside. Ski and snowboard lessons are on offer, or you can try mogul-bashing while youngsters hurtle down mini-slopes in inflatable rings in the snow park. Sessions cost from £27 (chillfactore.com).

Corby gives us Adrenaline Alley, described by members of Red Bull’s extreme sports team as one of the best skate parks in Europe.

The huge, warehouse-style arenas let skateboarders and BMX riders loose on courses called the Bathtub, the Ledge and the Canyon. Beginners are welcome, disabilities are catered for, and there is a popular shop for equipment and merchandise. It costs from £18 (adrenalinealley.co.uk).

Wales is keen to usurp Cornwall and claim the crown as the UK’s surf capital. Rest Bay, near Porthcawl, bills itself as the nearest surf beach to London and it has a top-notch school for small group courses.

Individual lessons cost from £35 and there are new ‘surf maniax’ sessions for seven to 16- year-olds. Lifeguard training and surf instructor courses are on also offer if you want to learn new skills or fancy a career change (porthcawlsurf.co.uk).

Surbiton offers White Spider, one of the UK’s biggest and most innovative indoor climbing centres. Beginners can try starter sessions while experienced climbers can tackle more than 360 different climbing routes, including a boulder cave and a unique ‘stalactite roof’. Sessions start at £22 (spiderclimbing.com). 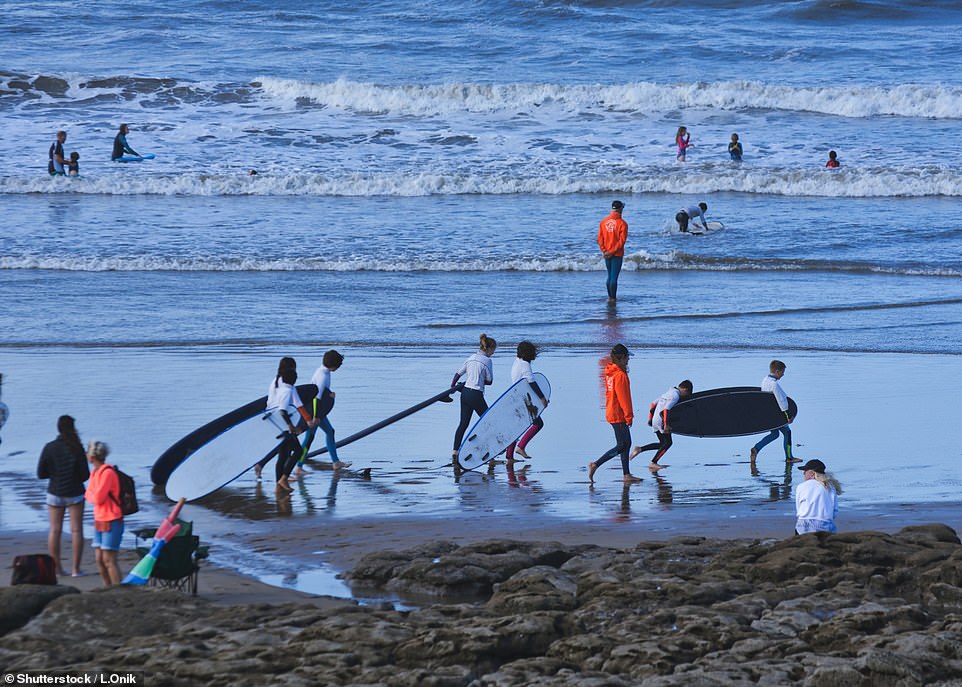 Rest Bay, near Porthcawl, bills itself as the nearest surf beach to London and it has a top-notch school for small group courses

Rotherham is taking bookings for one of the world’s highest (and probably scariest) indoor bungee jumps. Set inside the Magna Science Adventure Centre, you’re in a former steelworks and climb to the jumping platform in semi-darkness. Dry ice and disorientating special effects kick in before you jump into the aptly named Abyss. Jumps cost from £50.

Learn more about the museum at visitmagna.co.uk or book jumps there, and all around the country, at ukbungee.co.uk.

Northumberland has some of the country’s finest wild countryside, castles and coasts. See them from the skies by taking a £99 trial flight in a glider with the Northumbria Gliding Club. 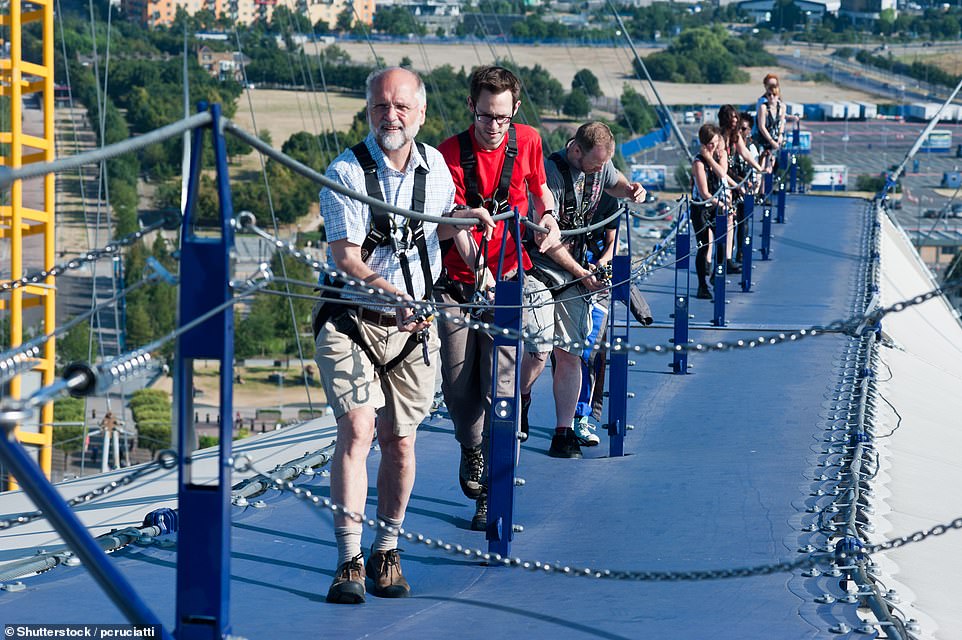 A qualified pilot will be in charge, although you can take the controls for part of the half-hour experience, and under-18s can fly in the junior pilots scheme (northumbriagliding.co.uk).

London lets you get your pulse racing in the fresh air now that Up At The O2 has reopened to provide some of the capital’s best 360-degree views.

Groups of up to ten slip into climb suits, click-on harnesses and take 90-minute adventures across the top of the venue. Tickets start at £32 and there are daytime and twilight climbs, plus special events such as yoga and silent discos at the summit (theo2.co.uk).