Scared to death? Don’t panic – horror is good for you

Fear, said Darwin, is a survival mechanism — the innate instinct to leap out of the way of danger.

We gaze upon horrors (everyone slows to gawp at a car crash) to ‘see what they did wrong, so you can avoid it yourself’, writes Peter Laws in this paradoxically jolly book about our fascination with horror.

What I’ll never do if the car breaks down in a remote spot during a storm is ask to use the phone in a spooky mansion. Human progress and survival come through these processes of trial and error.

The other side of a crazy adrenaline rush, where the pulse races, the palms sweat and one’s heart is in one’s mouth, is to be flooded with relief, represented by gulps of nervous laughter.

In his new book, Peter Laws says ‘morbid entertainment’ is ‘giving us a safe channel for our dark side’

As the book says: ‘Relief can be powerful enough to turn such an obviously negative experience as pain into a sensation that is comforting or even enjoyable.’

But deeper psychological forces are at work, too. If you look at popular Victorian literature, it features vampires, werewolves, Dr Jekyll becoming Mr Hyde, the newspaper reports of Jack the Ripper and Dorian Gray’s putrefying portrait.

Here are gothic works filled with ‘the thought of the beast within’. Then, as now, there appear to be ‘urges that want to break through polite behaviour and embrace more basic primal instincts’.

We can do this freely only in the imagination. Then we must step back into society and be civil.

So, gory pastimes, we are led to believe, are a necessary way of not allowing real aggression to build up. They are a means of catharsis, an outlet — and have been so throughout history.

The Romans organised gladiatorial games. Blood sacrifice is built into the rituals of traditional religion. 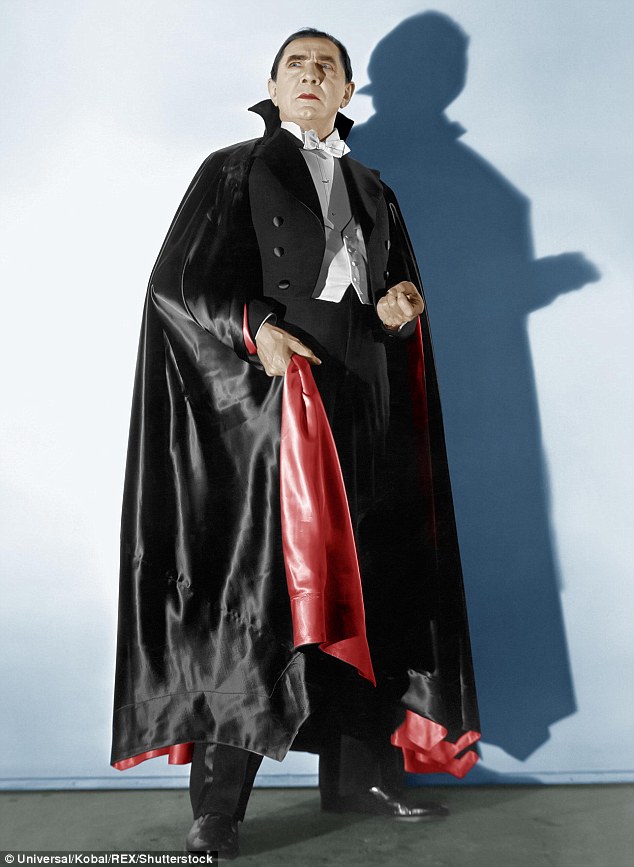 Law says that popular Gothic novels, such as Dracula, are filled with ‘the thought of the beast within’. Pictured is Bela Lugos in the 1931 film Dracula

Funfair houses of horror and ghost trains have always been popular, as visitors push through cobwebs and rubber tarantulas. Today, there are theme parks where patrons can crawl through pitch-black mazes while actors with fake knives hunt them down. You can pay to be chased through a giant fridge by maniacs with chainsaws. There are even websites advertising haunted hotels.

Laws, who goes on holiday to Transylvania, hunts for werewolves in Hull and is an ordained reverend (‘I’ve done the Bible College thing’), argues ‘morbid entertainment’ is ‘giving us a safe channel for our dark side’.

During the past 30 years, we are told, as movies and TV programmes have become ever more bloodthirsty — Laws cites the level of brutality in Game Of Thrones on prime-time television — the incidence of actual domestic violence and savage crime has fallen by approximately 70 per cent. 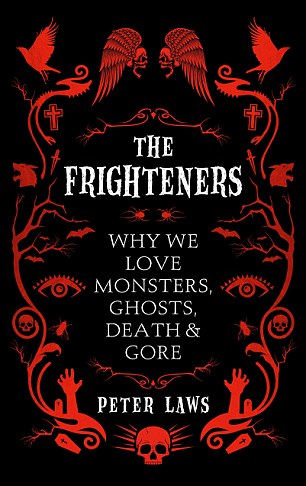 THE FRIGHTENERS by Peter Laws

Interestingly, at horror conventions and ‘scare attractions’, 80 per cent of the audience are women.

What’s more, female crime writers such as Val McDermid and Patricia Cornwell ‘dominate the market’ with their lurid tales of murder, rape and abuse.

How on earth, in the time of #MeToo, can this possibly be explained? Laws has met women who are aroused by the idea of vampires and others who love to correspond with (and marry) killers on Death Row. He even talks to women who sleep in coffins.

Laws suggests that by involving themselves with such activities, ‘it empowers women to fight back and defeat the monster’. It shows them as being in charge and able to cope.

I think the sadomasochistic games are murkier than that, but am in agreement with Laws when he argues teenagers are fascinated with werewolves because they see ‘their own bodies changing while new hair grew, voices deepened and uncontrollable urges erupted’. Though I’ve never seen a lycanthrope with spots.

I also concur with the author’s view that parents and teachers trying to construct a ‘fear-free world’ for youngsters are following a path that is false, unproductive and stupid.

To trick children into thinking that they live in a world without horror, risk, violence and death robs them ‘of a world of courage, adventure and real life’. We see the results of this in the neurotic ‘snowflake’ generation currently destroying universities.

Children crave stimulation, not placidity. As the Horrible Histories series, ‘with the gory bits left in’, has sold 27 million copies and the Goosebumps franchise more than 350 million, you’d have thought this would have sunk in by now.