Employees at Microsoft have been banned from using workplace tool Slack, reveals a leaked internal document.

The ban is reportedly due to computer and data security concerns, rather than attempts to prevent staff from using the competitor’s software.

Other prohibited tools include writing aide Grammarly and the security software developed by Kaspersky Lab.

The leaked memo also advises Microsoft employees against the used of other software, including rival products Google Docs and Amazon Web Services.

WHY HAS MICROSOFT STOPPED THE USE OF THESE PLATFORMS?

Employees were reportedly surprised that they going to be unable to use Slack to assist with their work.

other sites pointed out by Microsoft to be avoided include Grammarly, Kaspersky Lab, Amazon Web Services, Google Docs and the cloud-based version of GitHub.

The rationale for the bans is cited as being down to concerns over maintaining computer security and protective sensitive company materials.

The memo is also reported to note the competitive nature of many rival firms’ products and contains a list of software that is ‘discouraged’.

Microsoft’s internal list of prohibited and discouraged technology — covering both software and online services — was obtained and verified by GeekWire.

Employees at the Redmond, Washington-based tech firm were reportedly surprised that they going to be unable to use Slack to assist with their work.

The cloud-based collaborative software suite is joined on Microsoft’s ‘prohibited’ list by grammar and spelling checker Grammarly, and the anti-virus and online security  software made by Moscow-based Kaspersky Lab.

The rationale for the bans is cited as being down to concerns over maintaining computer security and protective sensitive company materials.

Nevertheless, the memo is also reported to note the competitive nature of many rival firms’ products and contains a list of software that is ‘discouraged’, including Amazon Web Services, Google Docs and the cloud-based version of GitHub.

‘Existing users of these solutions should migrate chat history and files related to Microsoft business to Microsoft Teams, which offers the same features and integrated Office 365 apps, calling and meeting functionality,’ it is said to continue.

‘Slack Enterprise Grid version complies with Microsoft security requirements; however, we encourage use of Microsoft Teams rather than a competitive software.’ 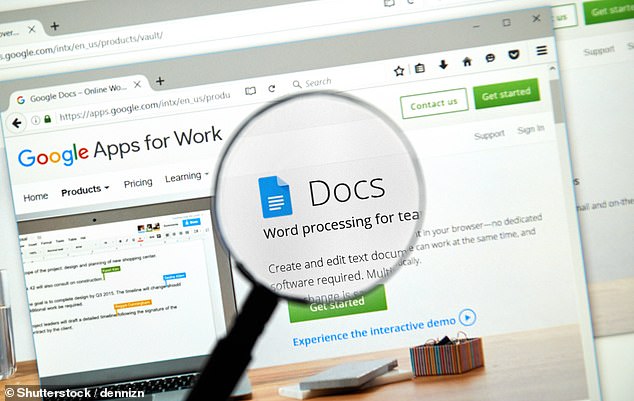 The leaked memo also advises Microsoft employees against the used of other software, including rival products Google Docs, pictured, and Amazon Web Services

‘It’s not just the risk that Google will try to find trade secrets from data stored on their servers,’ computer security expert and former Microsoft employee Christopher Budd told GeekWire.

‘When you’re at Microsoft, you’re at risk of state sponsored industrial espionage,’ he added.

‘These days we generally think of hacking in criminal or traditional geopolitical espionage.’

‘But industrial espionage is still out there and brings the full force of nation-state hacking to bear.’ 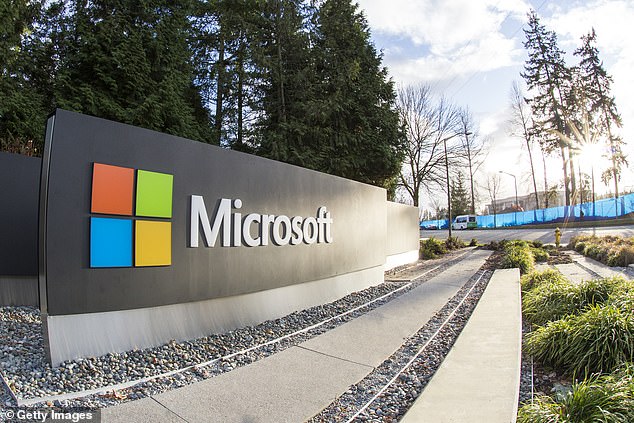 Microsoft’s bans are reportedly due to computer and data security concerns, rather than attempts to prevent staff from using competitors’ software

The leaked instructions provide detail on the rationales behind the outright bans as advisories.

‘The Grammarly Office add-in and browser extensions should not be used on the Microsoft network because they are able to access Information Rights Management (IRM) protected content within emails and documents,’ the memo reportedly says.

It adds that the prohibition is intended to remove the risk that sensitive data could be exposed by the tool, but that Microsoft security is working to determine if Grammarly can be made safe for use inside the company’s offices.

Both Amazon Web Services and Google Docs — which compete with Microsoft’s Azure cloud platform and Office 365, respectively — reportedly require a ‘business justification’ for use.

‘It is highly recommended to start a migration plan to Azure prior to engaging the Governance team for new request or renewals,’ the memo reportedly says.

Although it may seem odd to see the Microsoft-owned coding repository GitHub on the ‘discouraged’ list, only the cloud-based version of the platform is being cautioned against for ‘highly confidential types of information, specs or code.’ 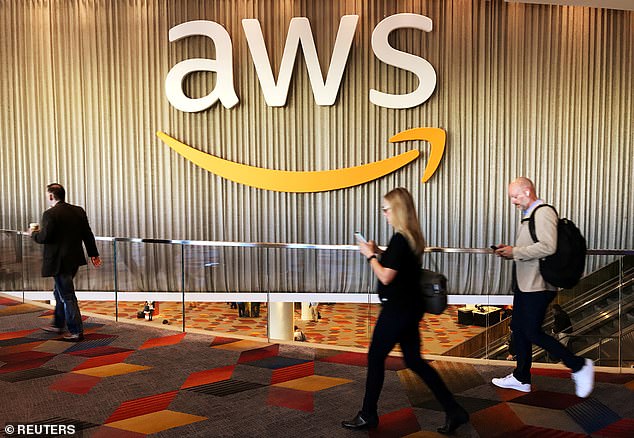 The memo is also reported to note the competitive nature of many rival firms’ products and contains a list of software that is ‘discouraged’, including Amazon Web Services, Google Docs and the cloud-based version of GitHub

Microsoft has a history of discouraging its employees from making use of software and technologies produced by their direct competitors.

During a period in which Microsoft was competing with Apple in the smartphone hardware market, for example, the firm’s former CEO Steve Ballmer seized an employee’s iPhone at a 2009 company meeting and acted out crushing it underfoot.

A more open philosophy to rival technology was fostered with the arrival of Mr Ballmer’s successor, Satya Nadella, in 2014 — which has since seen Microsoft strike up various partnerships with other companies in its field.

Nevertheless, the launch of Microsoft’s Teams platform in 2017 placed it in direct competition with Slack, who reportedly listed Microsoft as its primary competitor in the run up to its stock market launch last week.

Commenting on competing directly against Microsoft, Slack CEO Stewart Butterfield told Business Insider in 2017 that ‘if they start channelling all their resources against you, that’s a lot to compete with.’

HOW CAN YOU CHECK IF YOUR BOSS IS SPYING VIA SLACK?

Software firm Slack has rolled out the ability for the owner of the Slack network (the boss) to gather all data from other users (employees).

For the Plus and Enterprise Grid plans, the feature is now automatically included.

Slack has a feature for private chats which can include up to nine different recipients.

Previously, if the boss wanted to see these images, he would have to turn it on, triggering an alert to all staff members.

With the latest update, this will not be the case.

Whilst it may not be as clear-cut and obvious, there is still a way to check if your boss has access to your DMs.

When logged into Slack, go to slack.com/account/team and scroll down to the bottom.

Under ‘Exports,’ check and see what privileges are listed. If it only lists ‘PUBLIC DATA CAN BE EXPORTED,’ then your boss cannot pull your DMs.

If, however, it mentions private data, then all information is fair game.

It remains unclear if this gives access to all previous conversations or just the information since the ability was turned on.

Also, if the company that uses the platform has been granted this new ability, it does not automatically mean your Slack platform is exposed to your boss.

Owners of the Slack network have a decision to make as to whether they turn the feature on leave it off.

The only way to check is to visit the account>team>exports section.