Meghan Gale’s brother has been found dead in bushland one week after he disappeared.

Jason Gale, 49, was last seen on Tuesday July 14 buying water and petrol during a stop in of Pingelly, some 160km south-east from his Perth home.

WA Police on Tuesday afternoon confirmed a body had been located near Mr Gale’s car in Karragullen. 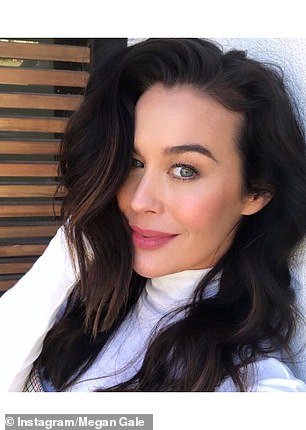 Family, friends and police had been desperately searching for the ‘very private’ sibling of one of Australia’s most famous women.

The industrial mechanic was known for ‘going bush’ but friend Belinda Murray said he had never disappeared like this before.

‘He hasn’t been the same since witnessing the death of a co-worker a few years ago, then the death of his beloved Dobermann (dog), Badge on top of that,’ she said.

Mr Gale lived on his own and his dog Badge was his constant companion, ‘but he has passed away as well, so Jason will be feeling very isolated inside’.

Mr Gale’s famous sister lives in Melbourne with her family and thanked everyone who had assisted during the search.

‘They (the Gale family) thank everyone for their support especially Jason’s neighbours, close friends and work colleagues who have been assisting,’ manager Lara Messenger said.